My Dad used to say something to me as a kid.
He'd say he'd take a bullet for me and I thought, "Yeah, right." Now I'm the father and I understand that now. I tell my kids, well, you know, and I mean it like my Dad did.
My Father passed on Valentine's Day and I've been struggling with his passing ever since. I thought it would be easier and it's not. What did I know?
Odd things make me think of him.
Odd? How about Jethro Tull?  Hear me out. I was walking my Lola, had my headphones plugged in to my iPhone, listening to music. "Cross Eyed Mary" came on and all of a sudden there I was misting up. My Dad never, ever, listened to rock and roll, or pop, or r&b. He was an opera guy, a symphony guy, a Lambert, Hendricks and Ross guy. Tull had a flute and I brought that to my Dad.
Orchestras had a flute, right?
I loved my Dad and thought it would fit right in... To his credit he smiled and listened to Jethro Tull and made his son feel ten feet tall.
How about Mike and The Mechanics, "In The Living Years?" The line, "I wasn't there that morning when my father passed away," is hard just to write much less listen to. Man, there are so many.
My wife's Mother died a year ago January when my Father was still very much alive. I didn't quite grasp the enormity of that moment and she said, "I mean no ill will but just wait. You'll see."
Turns out she was more than right.
My Mom's been gone for over twenty years and I miss her every day but I always had my Dad. And now I don't.
I hope to see both of them again.
This is my favorite picture of me and Pop. 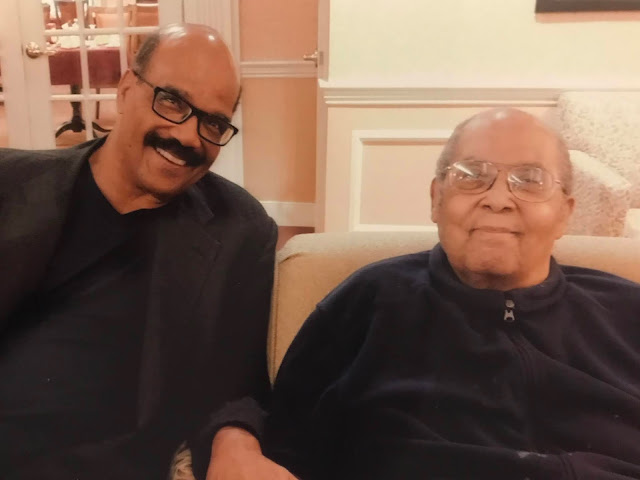 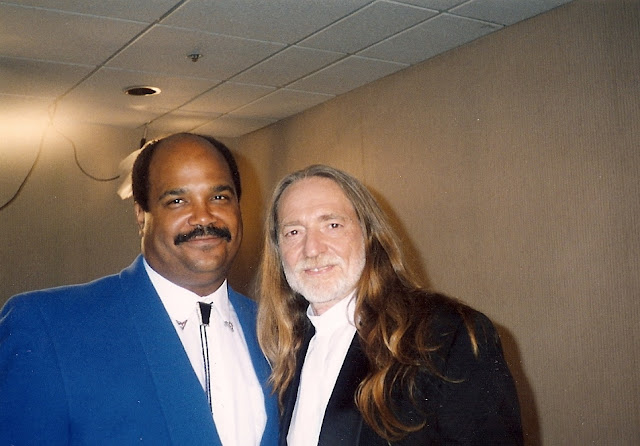 There’s a story behind the first time I met Willie.
I had just started with CBS and we went to Nashville and the Grand Ole Opry to get some interviews. The Country Music Awards were broadcast on our network and this was for a set up piece.

I’m up in the seats watching Kris Kristofferson onstage and my producer says, “Go down there and get Willie for an interview.” I said okay and proceeded to head down to talk to his tour manager.
Willie was back on the tour bus.

When I got down to the stage I politely asked his tour manager if I could talk to Willie.
“No,” she said, “N-O,” she spelled just in case I didn’t hear her the first time. I  turned tail and went back to my producer and told him what had just happened.

“What!” he said, “You’re from CBS. Get your ass down there and get that interview!” "Goll-ee," I thought, "This guy is kinda mean," but back down I went. Here was one of the first times that knowing music as opposed to being a news guy helped me.

When Willie came off the bus I said, “My name is Mark McEwen, I’m from CBS. Two of your songs, Blue Eyes Crying in The Rain and Angel Flying Too Close To The Ground are two of my favorite songs. Can I talk to you?”

He stopped, smiled, and said, “My time is your time.”

And that’s how I met Willie Nelson.

In my younger days I knew who was but had never met him. Over the years I had heard stories about him though.

Willie was one of the founders of Farm Aid, a concert event that gave all the monies raised to charities that helped farmers. It attracted all kinds of big name people and was broadcast on cable, so we're talking big dough. Over the years he owed a bunch of money to the IRS, due to bad tax advice, and they seized his properties. When they had an auction for his stuff farmers bid for his houses and things, bought them, and gave them back to Willie.

They thought that much of him.

Hearing stories like that will make you cry.
Okay one more.
I did a Live By Request on A&E with him. He couldn't have been nicer and by now we were old friends. The show went well, his performance was great, and the audience loved him. After the show I went back to his bus to thank him for everything. On that bus he had a joint as long as my arm (doesn't make you a bad person) and he cupped it behind his back. I used to do that with my ciggys back in the day. The bus reeked of you know what.
Willie shook my hand, we hugged, and off I went.
Willie Nelson. A great, great, man. And I've told everyone. 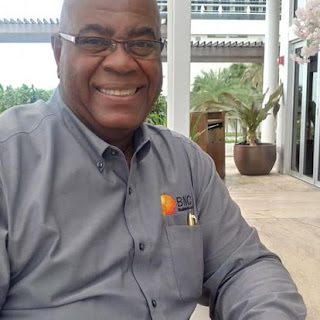 Let's jump in the Way Back Machine.
I first met Gary when he was the GM of our CBS affiliate in Syracuse. He was doing a huge promotion with his station where viewers could enter a contest to fish in a lake. Oh yeah, I should mention he's pretty gosh darn smart. If a viewer caught a special fish he put in there they would win a million dollars.
Well, my show sent me up to Syracuse to put the whole thing on national tv and that's how we met.
Great guy.
It's now 2019 and I hear from him about the Black News Channel that is going to launch in 2020. Gary was its' Vice President of Programming and News and asked me would I be interested in being a part of it. Uh, yeah. We, he and his lovely wife Marjorie, agreed to meet for lunch.
One of the best lunches I've ever had. 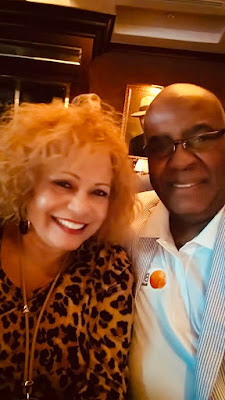 See, this was post stroke and while I had done a few things since they weren't exactly banging down the front door. During that lunch we talked about all kinds of things and then Gary asked me what did I think about doing drop ins for Men's Health.  I didn't know then, but men, Black men, are notorious for not going to the doctor.
You know the old saying if you can help one person...
So I said yes I was more than interested. He said, "I'll be in touch," and off he and Marjorie went. About a month later I get a call from him and Gary said something that is one of my favorite things that anyone has ever said to me.
"My wife said if I don't offer you a job she's gonna kill me." He continued with a twinkle in his voice,"And I don't want to die!"
And that's how I got on the Black News Channel.
A month later Gary called again to tell me I had a show that would cover all things men...cooking, teaching, doctors, health, music, and on and on. He said it needed a title and I said, "How about All Things Men?"
So here we are. I'm so excited that I'm back on national television and so excited to have the show I have. It was pointed out that women have shows, think The View think The Talk, but there isn't a show about men.
We hope to change that. 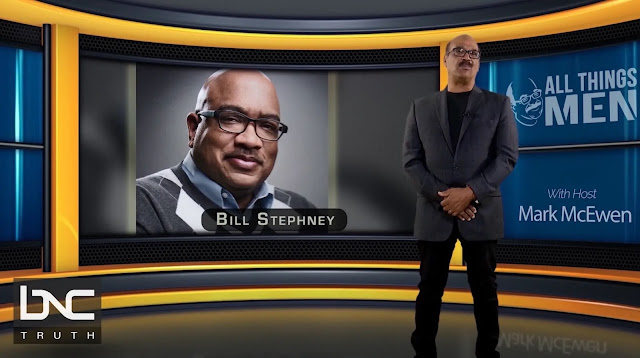 They have movies now that show the life of musical legends. We didn't have that when I was younger. 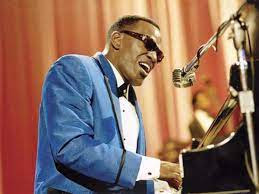 Jamie Foxx won a well deserved Oscar for playing  Ray Charles in Ray. There is a movie about Elton John (Rocketman),  a good one, too.  Rami Malek also garnered an Oscar for portraying Freddie Mercury in Bohemian Rhapsody. And here comes Aretha and the movie Respect.
I've got a new game I play when I'm driving.
I count how fast it get's me to see ten pickup trucks. You might be surprised. Sometimes it takes awhile and I'm not talking that much, but sometimes it's the wink of an eye. Is it because I live in Florida that there are so many?
You try it and let me know if it's just here or is it everywhere.
I wonder if dogs think of themselves as dogs or call themselves something else.
A question that's been asked a thousand times. Does anyone cook in their microwave?
You ever watch golf on tv? The next time watch when the golfers shake hands on the 18th green and take their caps off. Am I only one who notices how stone cold white their foreheads are?

I get it, you're in the sun all day playing but the first time I saw that I thought what the...
I heard Harold Melvin and the Blue Notes Bad Luck on my headphones today and that made me realize how much I love Teddy Pendergrass. Remember him?
You should.
And does What I Like About You by The Romantics ever get old?
Not for me.