His name is Mark Wright. 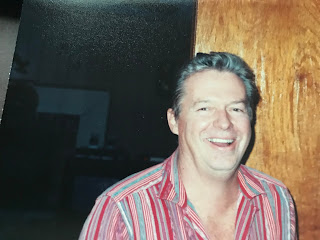 You know how people who aren't really your uncle, you grow up calling them uncle?

That was my Uncle Mark. He was my Dad's Best Friend. Mark was white. He was also gay. More on that in a minute.

My Father met him back in the 1950s when he was going to OCS, Officer Candidate School, to be a lieutenant in the Air Force. He and Mark became fast friends. But being Black in the '50s was no day at the beach. Well, first of all it was colored back then but you think prejudice is bad now? It was really bad then.

My Dad told me this story.

One time they were at the Officers Club and the guy at the door stopped my Father. Wouldn't let him pass because people with dark skin weren't allowed in as far as he was concerned. My Uncle Mark got right in his face and said,"He's an officer. I'll have your ass if you don't let him in." Guess what happened next? 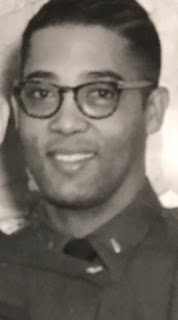 A story like that went a long way with this son. A long way.

Dad had a twenty year career in the Air Force and retired as a Colonel. Mark left earlier to chase his true passion-the Theater. More on that later, too.

Now my Uncle Mark being gay.

Back then gay wasn't a word you heard often. In fact my Dad told me that the first time Mark told him he was gay, my Father said, "We should all be happy!" He had never heard that phrase before. But because my Uncle Mark was always this capital B capital F Best Friend of my Dad's, a person being gay was never an issue for me. My Father taught me from early on it wasn't.

It has always been are you a good person.

Mark went on to be a superb stage manager, in fact one of his good friends was Edward Albee. Uncle Mark was his personal stage manager. If I were to say Who's Afraid of Virginia Woolf? you'd know him. He wrote that. It ran on Broadway (Uncle Mark was right there) and was made into a movie with Elizabeth Taylor winning the Oscar.

In fact my Father directed the first production of it outside the States, we lived in Berlin at the time, and he garnered the military equivalent of the Oscar (in their Tournament of Plays) for Best Director. He got the chance to do that because of my Uncle Mark.

Cut ahead to New York years later and I was with William Morris at the time. I'm going up in the elevator to see my agent and who also gets in? Edward Albee. Well, I'm all abuzz because I knew exactly who he was. He didn't know me and, to be honest, didn't really care. He was not a warm and fuzzy guy, but when I casually mentioned that Mark Wright was my godfather and namesake, the whole atmosphere changed. He smiled broadly. He was gracious. He was really nice and when the elevator stopped it was hugs with the goodbyes. 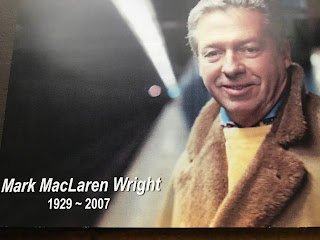 I guess my point is it doesn't matter what you are. I've been a minority all my life. You replace gay, immigrant, Muslim, whatever, with Black, and as they say, "There you go."

I've found out in my travels that there are all kinds of bad people.

There are also all kinds of good.