My Bestest My Brother 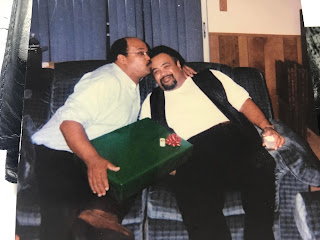 My best friend, Tony, passed away May 3rd. I'm just now getting around to writing about it because it's too hard to see the keyboard when you're crying.

Let's go way back to when we first met.

I've known Tony a long time. I lived on Ft. Meade, Maryland in a townhouse that was meant for officers.  My father was a Lt. Colonel, Tony's dad was a full Colonel.

We had crab apple trees in our backyard and his family moved in next door. Tony was left handed and was throwing them at his brother Michael and I thought, "A southpaw." It was 1967. That's my first memory of him.

I remember so many things...sleeping outside under the stars in our sleeping bags with our friends. We would wait for him to fall asleep and use him as our pillow. Going to the Teen Club and learning about girls together.  It was there we first heard a band playing Jimi Hendrix. Tony was always a fan of his. He also turned me on to David Bowie, Carlos Santana and Steve Miller. He worked at the post gas station and I bagged groceries at the commissary. Our crews played football against each other. Tackle, that's how we rolled.

His mother and my mother became best friends.

His mom moved out to Crownsville and my mom followed right behind. Remember that song, Down in the Boondocks? Well that's where we thought we moved, to the boonies.

It was after High School and college where things really took off. I went to LA to chase my dream of doing stand up and didn't do so hot. Tony was working as a DJ at WACC (the station at Anne Arundel Community College) and told me that when I came back there would be a spot for me.

Tony got me my first job in radio. Later when the Program Director at 98Rock in Baltimore asked me if I knew of any jocks I gave her his name. She hired him and that's how he got on the professional air waves.

For your brother turn about is fair play.

More memories...I knew him before he first met his beloved Doreen. He was in love with her and chased her forever until he caught her. She became his wife. I was Best Man at their wedding. 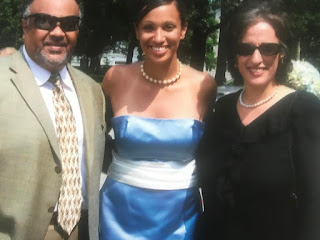 I am their daughter Karley's godfather. I always tell her that I knew her before she knew she was Karley. When Tony moved to Cleveland to work on the radio there, Karley pronounced it 'Cweevwend.' That right there is cute.
My daughter Maya has known her Uncle Tony her whole life. She just turned 24. Karley has stayed at our house in Florida.
My twins Miles and Griffin have known Uncle Jelly Belly since they were born. They're now 15. 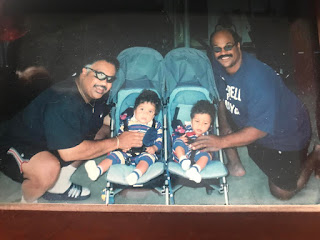 How'd he get that nickname?

I had moved to Orlando and the three of them were on the couch in our house. The twins were around 5. I had to go make a phone call. When I came back they were sliding to the floor on his tummy and squealing with delight. "Again, again!" they said. He looked up at me, smiled, and said, "We've been doing this for the last 15 minutes." That's how Tony became Uncle Jelly Belly.

When Karley got married to the wonderful Sam I was there. 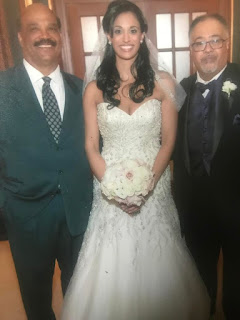 Famous story alert...the night before her wedding we had finished with the Rehearsal Dinner and were taking an Uber back to the hotel. Tony by then had been on Sirius/xm, Bluesville and Watercolors (smooth jazz), for a long while. The driver was a black guy with a shaved head, an earring, a scowl and he had a Harley jacket on.

In a word menacing.

He had Watercolors on the radio and as we got in Tony casually mentioned he worked there. Just as casually the guy growled back, "Yeah. What's your name?"

Tony told him and everything changed.

"Tony Colter," he screamed, "I listen to you all the time!" Can you say puppy dog? I think you can. This scary guy was now Tony's best friend. He went on and on about how he couldn't wait to tell his boys that Tony Colter was in his car. Tony said, "My Best Friend is in the back seat. He used to work for CBS." The guy turned to me and quickly said hi and turned back to Tony to continue the gushing. "Tony Colter!"

It was very funny.

I could go on and on but I'll just say this. When someone who is in your soul is gone, well, it rocks your world. I've been a wreck, I can't imagine what Doreen and Karley are going through. I hear a song and I tear up, I hear a phrase and I tear up, I think of him and I tear up.

I never knew how many songs are about missing someone. A quiz. What song has the line, "And I miss you like the deserts miss the rain?"

I miss Tony like the deserts miss the rain. 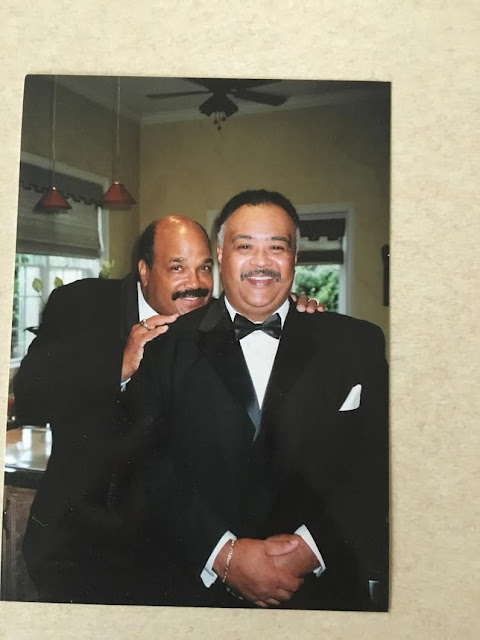 I love you Tony.

May is Stroke Awareness Month. The month that we stroke survivors hug hard.

It seems every time you turn around it's this day or that day. This month or that month. Well, this is the month that the spotlight turns on us and for that I'm grateful. And every other survivor, their caregivers, their families, not to mention the doctors and nurses who help all of us, they're grateful too.

I'm a bit further down a path I never thought I'd be on. I had my stroke back in '05 and have been living with the aftermath ever since.

I've written about the story and my stroke's residue a lot.

Having mine on a jet 30,000 feet up. Being left curbside, by myself by the skycap, dying. How a guy who never told me his name, a guy I couldn't point out in a lineup today, saved my life.

The coma, the intensive care, the hospital for a month, the rehab for a year. I've told my story so many times I could stand up right now and give you a good half hour on it alone.

But here I am fourteen years on the other side forever changed.

I've said you don't often hear lucky and stroke in the same sentence but I've been lucky. Today most people are surprised when I tell them I've had one. I know. That experience has made me more aware and my life is different now.

I'm thinner than I used to be. The term 'jolly weatherman', which first applied to Willard Scott applied to me as well. I'm no longer ho ho ho and I'll tell you why. I exercise about four or five times a week. It's hard for me to run so I walk on a treadmill on a steep incline. By the time I'm done I'm soaked.

I also changed my diet. I'm vegan now. No meat, no fish, no chicken, and no dairy. My wife saw a documentary on pesticides and hormones and all the bad stuff that animals get fed and found out that all that passes on to us. So she became a vegan. And for all the people who are married they know that if your spouse does something it pays dividends if you do it as well.

But let me tell you a little story. She was packing for a trip to Maryland, where we're from, and she casually said she was going to have some crab cakes when she got there. "Hey!" I said, "You're a vegan. You can't do that!" She smiled sweetly and said, "Every now and then, you can."

Flabbergasted is a good word.

So following her lead, every now and then I have a tuna fish sub but they are few and far between. I'll have one, enjoy every bite, and it's back to the straight and narrow. It was really tough going to Five Guys with my twins. They're ordering these burgers and fries and I'm eating peanuts.

All together now, sigh.

When I speak to stroke groups or heart institutions or cardiovascular summits, the stroke survivors are upfront in a special place. Some of them are in wheel chairs. I tell the person who brought me there, "I'll be right back." And I go to them for a group hug. It's like I'm going home. It's wonderful. I have to admit I've shed a tear or two. But it is so wonderful.

Hopefully one day we'll talk about stroke in the past tense. We're not there yet but a person can dream can't they? When you're young you feel you are invincible. Guess what? As you age you get less and less so. You have to help yourself and be more vigilant with your health as you get older. I learned that the hard way.

Every month is special. This one for me? Even more so.