The engine light in my car went on.

At first I thought, "Oh no!" I imagined big trouble and the bill in my mind just kept getting bigger and bigger. I had changed the oil and I thought that maybe I had spaced out on the mileage limit. 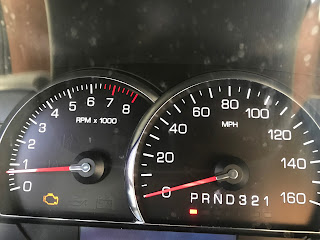 I took Lola the Dog with me because I love her this much plus she really likes going for a ride in the car. When I got there I told the guy I might need an oil change. After looking he told me I had at least five thousand more miles to go. "But my engine light is on," I said.

He then said something that changed everything.

"Did you get gas today?" I had. "It's common in these cars that sometimes the gas cap isn't put back on properly and the engine light on the dash  comes on."

He used his whatchamajigger under the steering wheel and reset the light. Lola and I couldn't have been happier.

As I left a thought crossed my mind. When you think something is wrong with your car it's all doom and gloom and you drive in one way. When you find out your car is fine and easily fixed, you drive out like John Wayne.

Since we're talking about my car let's continue...

I've driven my twins to and from school for a while. We live just inside the 'not eligible for the bus' zone and when they were little there wasn't much of a choice.

To tell you the truth it was great to be able to do that for them. And to listen to their conversations from the back seat was wonderful and hilarious.

I used to call them 'The Giggle Boys,' because, when they were younger, they thought that things I wouldn't even think were funny, were funny.

They'd see something or they would hear something on the radio or they'd say something and all of a sudden I'd hear giggles from the back seat. Giggles. Plural.

Hearing Miles go on and on about UFOs and saying if he just stayed up late enough and kept his eyes peeled he'd see one was so cute. He also knew all there was to know about Mario, Princess Peach and Bowser.

They're characters in just about every Mario video game.

I heard about them almost every day.

Now, the more on that later.

They're thirteen, in seventh grade, and the times they are a changing. Griffin now makes clay figures, paints them, and shoots videos. He has fans on YouTube that he's never met and one of his videos has almost 30,000 views!

Miles takes culinary class and has made me an omelette and a grilled cheese sandwich. He's a great writer, gets great grades, and is a great brother. Miles wants to design video games.

He's also handsome, actually they both are.

They go to school under their own steam now. Griffin on his bike, helmet included, and Miles on his skate board, helmet included. What started as responsibility and a bit of freedom has turned into great exercise for both of them. Now I have in shape kids who play video games.

But every now and then Dad drives them. It's a break in the action.

Plus, I enjoy their company and miss the good old days.

On our way to and from school we play a game in the car and it goes like this.

A mini-van is a fat car 'cause they think it's fat. They point them out on the street. If they see one in the parking lot at the grocery store, Griffin says it stopped to get doughnuts.

I used to have a Jeep. They point them out, as well. They also point out school buses and they point out cars that are the same kind as Grandma's car.

The game is who sees one first.

I find myself saying that when I'm in the car.

This was printed in the Orlando Sentinel April 10th 2017.

As the great Joni Mitchell once sang, "It's coming on Christmas..." 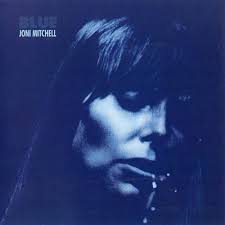 But as April blossoms it's not Christmas that's ahead.

Let's talk about that candy thing.

Jelly beans, chocolate rabbits that you always hoped were solid chocolate, chocolate eggs, chocolate everything. These days it's not uncommon to see Skittles, Swedish Fish, malted candy eggs, all kinds of things in that basket. It was pretty much rabbits and jelly beans when I was a kid. 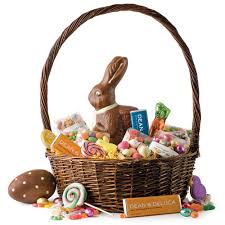 Can I ask you a question? Do you eat Peeps any other time of year? No? Then how do the folks who make them stay in business?

I didn't grow up with them and still haven't developed a taste for them. There are  people who love Peeps, I'm just not one of them.

Don't forget hard boiled eggs. Dyed hard boiled eggs. When I was much younger I used to love that ritual. The boiling of the water with the eggs in that water.  And the dyeing of those eggs when the water cooled down. That also began my short lived fascination with vinegar. I thought it tasted deelish.

For about an hour.

Easter egg hunts were also big time. I must have been seven or eight and one of my classmates had a hunt in his backyard. There were eggs under a baseball mitt on the patio table, there were eggs in the garden, there were eggs behind trees, and guess who found almost all of them?

I had to give them back so the other kids could find some.

I didn't know that rule.

From my perspective Easter and Halloween are the two big candy days of the year. One you go house to house to get candy, the other, the candy is in a basket on the kitchen table.

While we're at it let us not forget the real reason of Easter. 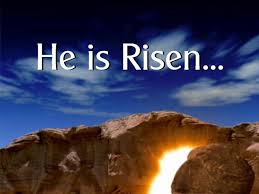 Every year I would get a new suit and tie to wear to church. You should have seen me. Truth was, the suit was kinda itchy to this small boy but that's okay.

My parents would take pictures of my sisters and me. Them in their new Easter dresses, me in my new Easter suit.

And later on, Easter Dinner. Bring on the ham.

I am a home owner.

Back when I rented, you called the landlord when something needed fixing. Those days are gone.

Let me explain something.

I lived in New York a long time. In my apartment buildings, supers, as they were called, were the lay of the land. They'd fix whatever, you gave them a 'couple of bucks', and then they were on their way.

I moved to a house in the suburbs and the guy who knew nothing about fixing things was now center stage. Me on a ladder is not a pretty sight.

Turns out there was one saving grace.

She had a house in the 'burbs before we got married and can fix anything. Circuit Breakers? No problem. Dish Washer and the Washer/Dryer? Again no problem. Ladders, screwdrivers, wrenches, bicycles, toilets, putting chairs together, fixing the windows. I could go on.

I know what you're thinking. "But Mark, does it bother you that she's the man of the house?"

I got over that a long time ago and it took about thirty seconds. Okay, maybe five seconds.


She's great at negotiating with people on the phone.  Great at negotiating, period. Me? You give me a price and I say okay. Not her. Give her a phone and watch her work. What starts out costing a thousand dollars ends up costing five hundred bucks. Before you know it cable turns into free HBO for six months. Bills turn out to be smaller than if I was in charge.

Vendors come in loaded for bear and leave having been snookered.

She's also great at seeing the whole field and acting on deals I know nothing about. She got a warranty that covers all our appliances. When something breaks, water softener, refrigerator, microwave, you name it, they come and repair it.

Something that has turned into a hit around our house is hearing the deals she gets when she goes shopping. I sit on the bed and marvel at her work.  She'll say something like, "This dress was $500, 15% off, half off that, 25% off that, less 50 bucks, it was on the sales rack, I got it for 5 dollars." 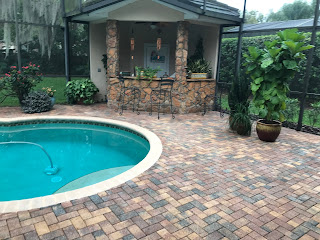 Denise has a green thumb, is a whiz at gardening and getting plants to grow.

I surely didn't before we got married. Our house has flowers and hanging plants, plants in planters, and big plants, almost trees, on the patio.

There is a sign in one flower pot that reads, 'Gardeners know the best dirt.' That about says it all.

This started out about being a home owner and has turned into a tribute to my wife.