You May Know Some Of These Things. Some You May Not.

I always say I'm a vat of useless knowledge with all the stuff floating around in my head.  If I knew math like I know trivia I might have gone to Harvard.

I didn't go to Harvard.

These are mostly memories with some random thoughts thrown in. 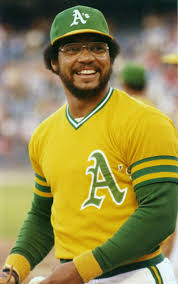 When Denny McLain, of the Detroit Tigers, won his 30th game which was a huge deal, a future Hall of Famer hit two home runs in a losing effort. His name? Reggie Jackson then of the Oakland Athletics. It was 1968, Reggie was 22, and I turned 14 two days later. The Tigers beat the A's 5-4 that day. How do I know? I saw that game on NBC on my old black and white television.

And since we're talking sports...

When you watch the NFL on teevee and the quarterback takes off running, nine times out ten he slides on the field before the defense can take his head off. The first QB to do that? Roger Staubach of the Dallas Cowboys. He had just recovered from a concussion and was trying to avoid another one. I heard the announcers mention how strange his sliding was. Now? Not strange at'tall.

And since we're talking football...

Those lines you see onscreen on a television football game to get a first down weren't always there. You used to have the refs run out with that ten yard marker and after seeing if the ball had made a first down they would point in a direction and say, "First Down." OR. They would hold up both hands to show you how much further a team needed to go to make that first down. They still do that but not as much as they used to. For a long time Fox Sports has put up all kinds of graphics for football and one of the first were those first down markers. 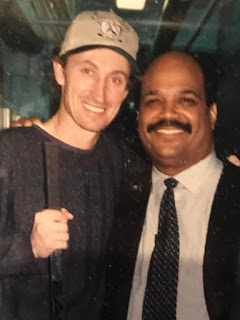 You would think the best hockey player to put on skates would be six foot nine and weigh 280. Wayne Gretzky is nowhere near that. He played at 6 feet, one eighty five or so. You know his nick name, The Great One. He holds a ton of records plus he's the all-time leader in points scored and assists. That means that not only did he score the most points ever, he also passed the most to someone who scored, ever. Oh yeah, he won four Stanley Cups too.

Now here's the story...I lived in New York when the Rangers signed Gretzky's old teammate and Hall of Famer himself, Mark Messier. They offered him a higher salary than Wayne's and he said no. "He's The Guy, " Mark said, "I'll take a dollar less but I won't take a dollar more."

A change of scenery...

A band's name makes you think of them not what they were named after. Don't think so? If I were to say The Cars would you think of Fords, Chevys or that band out of Boston that has one of the best lines in a song? 'Since you're gone the moonlight ain't so great.'  If I were to say The Rolling Stones would you think of gathering no moss instead of Mick and Keef? How about your first thoughts when I say Journey, are they memories of a long trip? If I said The Moody Blues you wouldn't think of being moody or blue. And don't get me going on Little Feat... 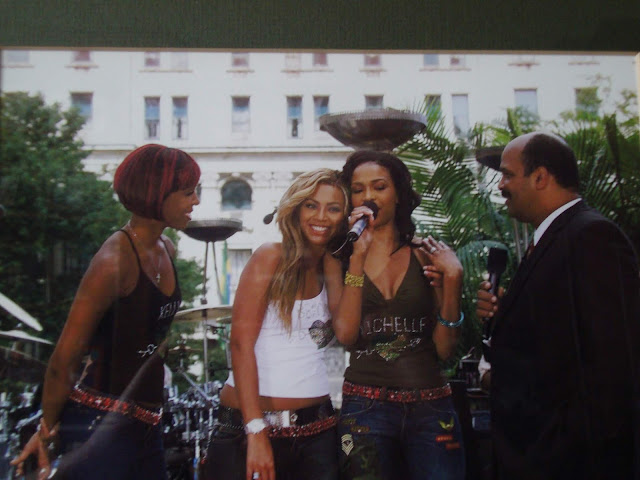 I first met Beyonce when she was a member of Destiny's Child. I remember her being so nice and just so regular. She also, from the first time I met her, had it. She was a star, baby. When she was on our show they sang live. All three members had their backs to us at the start of the song. I don't remember the name of the song but I remember this... Kelly and Michelle turned around slowly and greatly. When it came to Beyonce? She turned around and the world turned around with her. Don't get me wrong, Kelly and Michelle were great but Beyonce was, well, Beyonce. And she was always gracious towards the other members and always a part of a group. It was never Beyonce and Destiny's Child.

Plus she smelled great.

I remember once interviewing them at an arena before one of their shows. Beyonce's father was sitting at the door of their dressing room and her mother was inside that dressing room. I was very impressed by that.

In America you hear British accents all the time in commercials and voice overs.  Heck, even my wife's Siri on her iPhone has an English accent. My question has always been do they have American accents, southern; New Yawk or Bahstan, in the same things over there?

One thing kids don't know but parents do is how different being one is from the other. When I was a kid I cared about girls, going to school, staying out late, making people laugh, and girls. Worry didn't come into play. As a parent? You worry about your kids all the time. The old joke that when you have kids you apologize to your parents is true. And sometimes I sound like my parents when I say things to my kids.

Do you know why people say, "I'm not going to say good luck I'll just say break a leg?" That sounds pretty gruesome, right? It's actually not. It's origin is a bit hazy but here's what I heard...in Shakespeare's time at the end of a play the cast would come back out onstage to bask in the applause.

The guys would bow.

And the women would curtsy-that's breaking a leg.