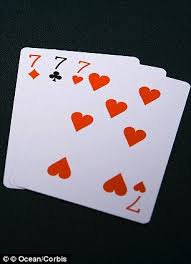 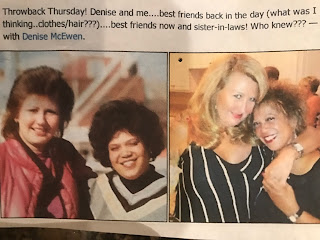 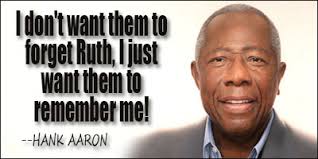 There are songs that sounded one way to me when I was younger that sound totally different now that I'm older.

Let's start with an easy one. 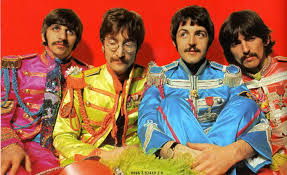 What was a smooth little ditty when I was a teen has turned into something else. Heck, even Paul McCartney is older than sixty four. Back then the Beatles were guessing what the future would be like but I bet if that song were written today? It'd be a whoooole lot different.

"When I get older losing my hair" is written from a young perspective, one I don't have anymore. And let's not even talk about me "losing my hair."

An issue a long time ago.

That right there is a good question.

"Love and Happiness" by Al Green.

I just saw the movie Moonlight, it's wonderful. What struck me while watching it is that when you find true love that feeling stays with you like, forever.

Here's where "Love and Happiness" resonates even deeper as I get older. 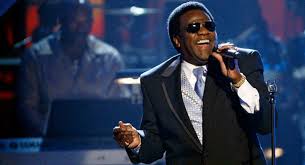 When you were younger that was a great song to shake your groove thing to. Now that you're older you know the difference between what you think is love and what really is love.

This song will take you down that difference road.

My goddaughter Karley had the greatest wedding ever and at the wonderful reception a song reared its' head.

The first dance was with her new husband, Sam.

The second dance was with her father, my Bestest Friend Tony, to a song that really spoke hard to me.

It was "Landslide" by Fleetwood Mac.

"Landslide" came out over forty years ago but have you ever listened to the words?

Let's go back in time.

I don't know about you but when that was blasting out of my car radio I was more inclined to chasing skirts and, as we would say, the partay.

At that reception I almost cried. Okay I cried.

"But time makes you bolder, even children get older. And I'm getting older, too."

Who would've thought I'd have tears rolling down my cheeks to a Fleetwood Mac song? 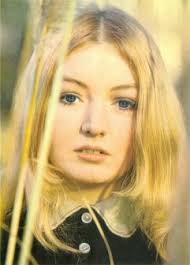 "Those Were the Days" by Mary Hopkin.

When it first came out I was a young teen and we all were more interested in the fact that the Beatles' Apple Records released it. Those guys were gods in my world. Heck, everybody's world. Cool song, she had a great voice, and the words were nice but didn't hit my bones like they do know.

"'Cause we were young and sure to have our way."

A lot of miles on the odometer since I first heard that.

If you've never heard it, give it a listen.

And if you have I'll bet you if I said,"Those were the days my friend," you could finish the line...

Ahhh, this getting older thing.

Things I've heard over the years... 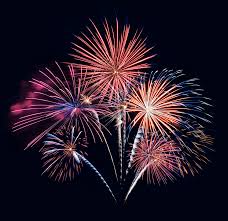 I first heard my brother, Kirk, say it. What it means is something is top notch, something is first rate, something is boom-bang. And that something could be anything. The whole boom-bang thing comes from the sound of fireworks. I think the saying is cool and I think he's cool and because of that I say it like it's mine.

I just think this is funny. My compadre, Harry Smith, said this to me one day. I'd heard, "Love you like a brother," I'd never heard this before.

He had a smile on his face when he said it. I suggest the same thing if you ever say it.

"I'm knowing you a long time."

This is about as New York as it gets. It means I've known you for quite a while. I've never heard it said anywhere else, Los Angeles, Boston, Chicago, here in Orlando. That's the reason I preface it every time with, "As they say in New York..." 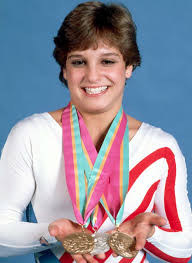 My brother again. It's up there with "Hurtin' like Richard Burton." When I'm in the yard pulling up weeds in the hot sun or in the garage moving stuff, perspiring hard, I've been known to utter the Mary Lou Retton phrase. By the way in the 1984 Olympics she won a gold medal, two silvers and two bronze medals in gymnastics.

That right there is a haul.

"It's fun watching winter on TV."

This one is all mine. It comes from living in Florida and going barefoot outside in January. Every winter on the evening news you see places like Detroit, Baltimore, Minneapolis and more, up to their eyeballs in snow. And wind chill temperatures that are unbelievable. 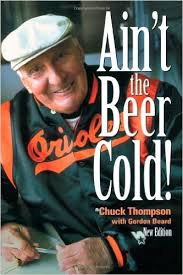 I grew up in Maryland and that is what Chuck Thompson, the voice of the Orioles and Colts, said when things were going great or something was mighty fine. I've said it for years like, "If that job pans out, ain't the beer cold!" Chuck passed away in 2005 but his memory lingers on with me.

And it's always said as a statement not as a question.

And those are few things I say. 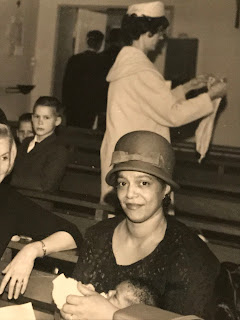 Facebook is full of people praising their mom, missing their mom, loving their mom. It sounds cliche but, if you can, hug your mother and tell her how much you love her. Maybe take her to dinner, maybe go visit or even call her on the phone.

That's money in the bank of life.

I guess everyone thinks their mother is special.

We lived in San Antonio and there was a big parking lot behind our house. When I was little I played a kind of baseball game with my Mom and my older sister. I had a glove as big as me, she'd hit a ball, I'd catch it, and roll the ball back to her bat on the ground.

If it hit the bat, popped up, and she didn't catch it, it was my turn to hit.

The key was for her to miss it and not let on it was intentional. I was never any wiser and I used to love that game. 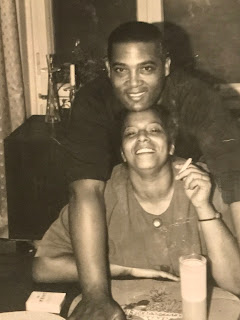 My father's name is Alfred. Who names their kids Alfred and Dolores these days? Everyone called my father Al but my mother. She always called him Alfred.

The things you remember.

My Mom used to love bowling. Actually she loved all kinds of sports. On Saturdays we watched professional bowling on TV. Dick Weber, Don Johnson aka the Kokomo Kid, Dave Davis. Names that probably mean nothing to you but they were big in my house.

I once flew on a plane with bowling great Mike Aulby who was surprised I knew so much about the sport. That's because of my mother.

And yes his thumb looked like my big toe.

Mom was into tennis way before Serena and Rafael. Back when the names Jimmy Connors and Bjorn Borg were big. They were on in our house along with Arthur Ashe, John McEnroe, and Ilie Nastase. I was used to 1, 2, 3, scoring not 40 love and deuce. I could never figure out who was winning.

The first and only time I saw Kareem Abdul-Jabbar play my Mom took me. It was back in the days of the Baltimore Bullets. We went to the old B-more Civic Center to see him when he played with the Milwaukee Bucks. That was before the Lakers and what struck me was how tall all the players were. You couldn't see that when you saw them on the small screen.

You really could in person.

She was a big Tiger fan like her son. 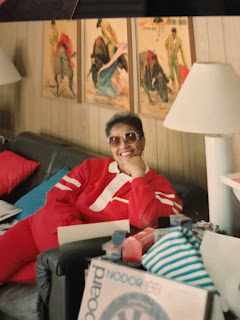 While watching him on television I would call her on the phone and when she picked up I wouldn't even say, "Hello." I would say, "You watching this?" Without missing a beat she would say, "Yeah, Tiger was down but he's coming back."

That was my Mom.

She also taught me that it's easy to be a good winner but it's just as important to be a good loser. She always said, "That's how you play the game."

Words to live by.