I was out taking my girl Lola for a walk. I had my head phones on and I was listening to tunes.

Fat Man in the Bathtub by Little Feat came on and I enjoyed every bite.

I'm from Maryland and Little Feat hit us first thanks to this great radio station WHFS. They played anything and everything. Not only did you like the station but you liked the deejays because of their musical tastes.

The coolest of the cool was a guy named Cerphe and you best believe everyone knew when he was on.

There used to be a time that if you drove from Bangor to San Diego and listened to FM radio you would hear bands you weren't familiar with. Cleveland had their favorites, Denver did as well, as did Phoenix.

It was such a brand new world when I moved to Detroit to play rock and roll on the radio and heard bands like Head East, The Rockets, the MC5 and the J.Geils Band. Plus who could forget Jimmy Osterberg aka Iggy Pop?

It's all homogenized now.

Don't get me wrong I love Zeppelin and the Stones and like that but here's another thing. Why do stations play the same five songs from a band over and over and...?

I always thought if I programmed a radio station I'd play a well known song then play three or four lesser known bands' songs before I'd play another hit.  I bet listeners like me would love it.

If you're looking for radio like that try college stations or small town radio.

And don't get me going on satellite radio. I got sucked in by channels with names like Deep Tracks and Classic Vinyl thinking I would hear songs that were less well known.

Well, that's kind of true but again it's the same songs over and over.

I think there's one saving grace on satellite radio which brings me to my BFF and B.B. King's Bluesville. His name is Tony Colter and he's the voice you hear a lot on that channel.

I've known Tony since I was in 8th grade. That's a long time. We've gone from discovering girls to being married to these great women.

He got me my first radio gig.

His daughter, Karley, is my goddaughter and when she was twelve I took her on her first jet ride to L.A. to meet N'SYNC.  I could go on but this and more is not why I listen to him.

It's because he's good.

Also it's fun hearing my ace in Florida when he's a thousand miles away.

Folks from England knew about it early and it hit them hard. B.B. King had concerts there. Muddy Waters toured there. Howlin' Wolf played there. All kinds of Blues artists were there all the time.

While America was foggy about the Blues the UK wasn't.

I like two things about the Blues. One, if you like rock and roll you'll love the Blues 'cause that's where it came from. My ears are always happy when I check in. Second, when I listen to my guy playing music on Bluesville I don't know every song.

Check him out, Tony Colter, my brother from another mother, on Bluesville. You won't be disappointed.

What began with walking the dog and Little Feat ends with B.B. King and the Blues. 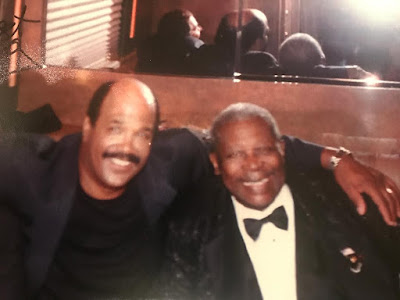 I've been a huge fan of Al Green for what seems like forever. 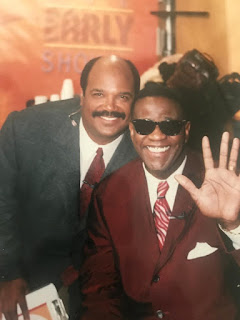 Actually I was in high school when I first heard him. I think the word is smitten, yeah that's it, I was smitten with him.

Al Green has been one of my go-tos since way before I had headphones and an I-phone. Blissfully riding down the street with the radio blasting some Al.

Later in life I met him and I was beside myself. He was gracious, cool, and I couldn't believe I was actually talking to him.

One of my favorite songs of his is Love and Happiness and I told him that. He then proceeded to tell me this story.

The studio he used for recording was in a bad part of town so he would get winos (yes, they were called that back then) to watch the doors. The night they were working on Love and Happiness they kept trying to figure out how to count off the song for the band to come in. They tried everything until one of the winos casually said, "Use your foot on the Coke box."

Back then a case of Cokes was delivered in a wooden crate. When he said that everything stopped. Then Al turned the wooden crate over and did just that.

Listen to it and don't forget to listen to the countdown on the wooden Coke case early in the song.

One day I found myself and my crew in a church in Memphis. He was the Reverend Al Green then and had his own congregation.

How about your pastor being Al Green?

My crew was two cameramen, a producer, a sound guy and we were in the basement of the church conducting an interview. When we're done, as we're wrapping up, I'm talking to Al when here it comes.

One of my camera guys tells Al he's a huge fan and says, "Could you give us a little of Tired of Being Alone?"

Al looks at him, smiles, and says, "Okay." He throws his head back, closes his eyes and begins to sing. "I'm so tired of being alone, so tired of on my own, won't you help me girl as soon as you can..."

Off he went with me thinking we just saw something really special. 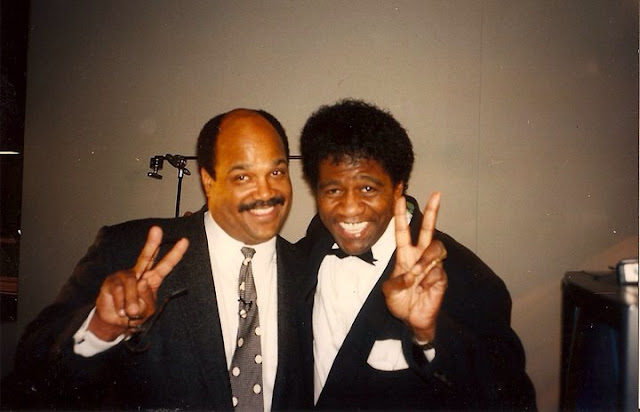