More On My TED Talk

Well, the video of my Talk finally arrived and I posted it on Facebook and Twitter and showed it to everyone.

First of all I hate watching myself. Hate it. I see all the mess ups that only I can see. It's like the way only dogs can hear dog whistles. Having said that, did I mention I've watched it about a zillion times?

You know the story. I was up at six, at the venue at nine, we began at eleven. There were 18 speakers in all and yours truly closed the show, speaking at 4:45.

That's a long day for anyone but especially for a stroke survivor. Every survivor can tell you that time is not a friend. The later it gets the more things fall apart. And the harder it gets to hold things together.

I sat in the audience all day and watched each speaker.

I thought over and over, "Man, they're bringing some heat." After the first six we had a lunch break. I ate nothing. Remember Arnold Schwarzenegger's movie Stay Hungry? More like stay empty. I never want to have a full stomach before I go on.

Six more speakers and another break for coffee and a snack. Okay, okay, I had a few grapes and maybe a banana for some energy. I hadn't eaten all day and I thought I should have something.

More speakers and then they called my name. That followed my sitting in a chair, getting up and pacing, then sitting right back down in the chair.

And before I knew it I was in the wings, getting mic'ed up, about to go on. When you're in the audience you can't see how many people there are backstage. Technicians, stage managers, mic guys, power point women. It wasn't exactly a thundering herd. But it was close.

I was introduced and came out onstage.

Stroke is a furrowed brow kind of thing, by nature it's heavy and dark. In the words of Mary Poppins, "A spoonful of sugar helps the medicine go down." If all you talk about is the heavy and dark, you can see eyes glazing over. But. If you can make them laugh while you're talking about it, they're all ears.

I began with a story about stroke that is true and funny. And guess what? They laughed. I talked about beginning my career as a rock and roll disc jockey, transitioned to being the weatherman on CBS, talked about how my career changed when I did the entertainment as well.  How I covered the Oscars and the Grammys. How I covered three Winter Olympics and ran with the Olympic Torch. How afterwards I came to Orlando to anchor.

And then I talked about my massive stroke.

About having it on a jet as I was coming home from Maryland, about being in a wheel chair at the Orlando airport and left by the skycap, curb side, by myself. About being in a coma for two days, being in the hospital and rehab, rehab, rehab. Remember the spoonful of sugar? I had some laughs in there but it was time to get busy.  I talked about obstacles in life, speed bumps I called them. When you hit one, as we all do, you can't let it bring you down, you have to fight back.

About, even though I'm right handed, learning to do everything with my left hand because my right hand doesn't work like it used to. About being in bed, wide awake, in the middle of the night, mind racing, thinking I can't go out this way. Thinking I have to be here for my kids.

That'll help you to keep coming back.

I talked about persevering and then I showed a picture of me and my twins in a bubble bath, and told the audience they were my reason for going forward every day. I made the audience laugh one more time, said thank you, and left with saying, "Don't give up."

Can you be exhausted and exhilarated at the same time?

I was talking on the phone and telling my brother about how a friend of mine, Tom Couch, said he didn't know anyone who had done a TED Talk. I told him I didn't either. My brother said, with a smile in his voice, "I do."

And that my friends is my TED Talk Experience Part Two.

He is my oldest friend. I've been lucky in that my dear friends are all good ones.

David is a good one. 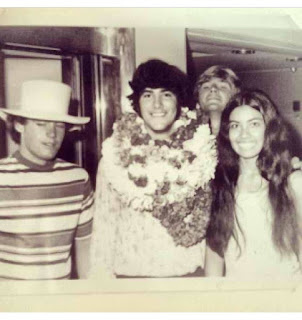 Some long ago memories...

David and me playing on the worst football team ever. We scored 21 points the whole season. Going nuts on the sideline when we finally scored a touchdown.

He also has two big sisters, Gayle and Karen. The washer and dryer were in the basement of their house and Karen, maybe 17, came down in her underwear to get some pants, saw me and said,"You have a big sister, right?" When I answered yes she said, "Well, you've seen this before," and kept coming down the stairs. I remember thinking, "Yeah, but not like that."

I was caught by the police relieving myself (ahem) on a wall of the Junior High School. The cop who caught me asked for my name and I told him Dave Capozzalo. The police officer asked me to spell it. I knew how to. The cop looked at me and you could see him thinking--does he even look like a Capozzalo?

I have to mention this although it has nothing to do with David. It has to do with another David. David Mathews. This David was five and lived in our neighborhood. One day after playing, he was going home and came upon a big rain puddle. He didn't see me. He looked left, he looked right and David then stooped down and took the biggest drink. He wiped his mouth with the back of his hand, said "Ahhh," and kept going. Goofy and funny at the same time.

My David eventually went to Hawaii and life was a bit more empty.

Nowadays with texting and cell phones and email it's easier to stay in touch. Back then? Much harder. You had to write letters.

He eventually came back, graduated from my high school (Arundel), his too, lived at my house, and wore a hard hat with me. We had a summer job at a place called Longs Fence. I was reading a book by James Michener called The Drifters and turned David on to it. The wanderlust in that book took hold of him and helped guide his life.

We went our separate ways and I lost touch with him. But there is a part two to this story...

Fast forward and I'm on CBS. David was in China and saw an article about our show in Time magazine, recognized me and reached out. We reconnected and it was great.

By then he lived in Perth, Australia and worked in Bahrain. 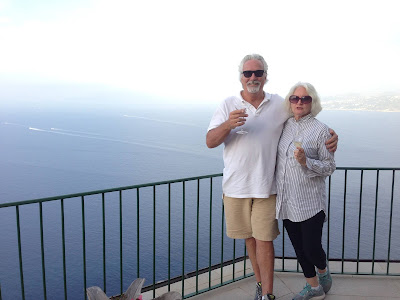 He's now married to the wonderful Barbara. They met in 1979 in Saudi Arabia. How about that? They've been together ever since. She and my wife went to dinner with David, his mom and me.

His mother, Olga, and his father, Daniel, were special. I can still hear the words of advice his dad gave us before we went out at night when we were teenagers.

His mom was a looker before I knew what that word meant. 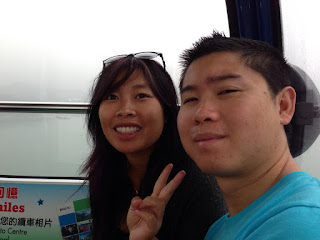 David and Barbara are the proud parents of Meeka and Sam.

Meeka has a Ph.D and is now working and living in the Netherlands. Sam, still in Australia, has embarked on a career in Human Resources.

My dear friend was on tour and his tour included Orlando. 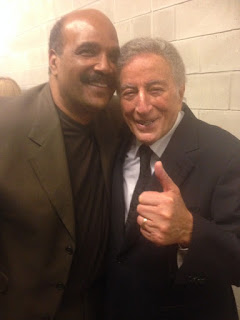 His publicist got tickets for me, my wife, and her mother and did I mention the back stage passes? Three of them. We were more than set.

Have you ever been a hero in your own house? It's pretty sweet I have to tell ya. The evening of the show we were dressed up and buzzing and off we went.

On our way to the concert, in the car, my wife asked her mother, "Between Frank Sinatra, Dean Martin and Tony Bennett, who was your favorite?" I knew the answer but I'd never heard the question put quite like that.

"Oh, Tony!" she gushed and there you have it.

Remember that exchange, it comes up again.

We got there early and saw that people were out in their finery, dressed to the nines. Because they hadn't opened the doors to the venue yet we found ourselves in the line for drinks. We get to the front and my wife very sweetly asked the bartender, "What kind of vodka do you have?" The bartender smiled and said, "Well I guess no red or white for you!"

When we got to our seats the curtain was up and you could see four instruments. A piano, drum set, a stand up bass and an electric guitar. And, oh yes, a microphone on a stand.

The first to come out was Tony's daughter, Antonia. Even though she was very pregnant she sang beautifully. The apple doesn't fall far from the tree.

And then, here came Tony.

For the next hour and a half we were transported to another world. The world of class, of elegance, of style. Through the whole concert he never sat down, never used a teleprompter to help him with lyrics. I mention that because Tony is eighty nine.

That night, as I've seen him do many times, Tony sang a song without the mic. Very impressive and very good. One last thing, he just finished a tour with Lady Gaga. He also did an album with her. Tony said from the stage, "I just did an album with Lady Gaga. When you leave tonight I beg you to buy the record." With a twinkle he added, "She needs the money." Laughter exploded from the audience.

And then he was gone. 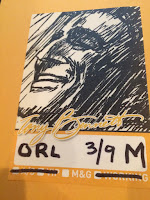 Okay, back stage passes. The three of us went to a side door of the theater and were let inside. I was a bit verklempt because I hadn't seen my friend in a while. We  had talked but not face to face. There were about twenty people backstage and then it happened. I heard my name being called, it was his tour manager. He pulled us to the side.

And there he was.

And then that exchange I told you to remember.

Denise told Tony what had happened in the car and that he was her mother's favorite. And then she added, "Would you mind taking a picture with her?" Always the gentleman he said, "I'd be happy to."

You better believe that picture is in a Special Place.

A hero in your own house.

And that's my Tony Bennett story.