I've written about this before but go read the comments on Facebook. Oh, I do a bit of Twitter but Instagram and Snapchat are more for my twin boys than me. Facebook is for Dad and Lord knows Facebook has plenty of it's own problems these days.

Facebook is full of birthdays, full of anniversaries, full of love for Mom and Dad, both here and gone. Plus other things-cat videos, dog videos, baby videos, and on and on. But every now and then someone posts something that someone disagrees with and here come the remarks. Let's talk Yodaspeak and say, "Mean they are. Cruel they are. Nasty they are."

I don't say you can't have a different point of view, but it used to be that we agreed to disagree.

It seems that some people have no problem with hurting your feelings. I say have a problem.

That's where Derrick Adams comes in. 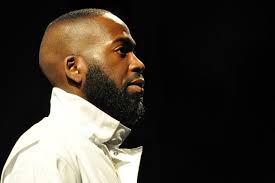 I've told you I live in Orlando. Once a year it's Downtown Arts District puts on a show called In the Artist's Studio. Think Inside the Actor's Studio but with an artist.  I'm the host, I conduct the interviews, and this year's guest was, you got it, Derrick Adams.

I said that night that calling him an artist is like calling a master chef a good cook. There is so much more to him. 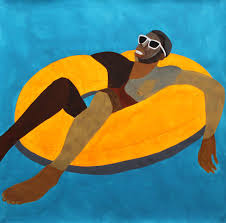 He is a multidisciplinary artist. What does that mean? A lot. He makes sculptures, he makes collages, he makes videos, he does performance art, and much more. He has had exhibits all over the world.

London, Paris, he's currently showing in New York at the Museum of Arts And Design.

That exhibit, Sanctuary, was inspired by the Green Book. For those that don't know, it was a handbook for African Americans on where they could stay, where they could eat, where they could get gas, as they traveled this great country of ours. That was in the days when things like that were really hard for them to do.

That book was very important to black people and that book inspired Derrick.

That night I told the story that my father told me. It was the mid 50s and my parents had to drive from Sacramento to San Antonio. My Mom was pregnant with me. My Dad wore his Air Force uniform to help keep the wolves at bay and in one southern town my father asked a gas station attendant if he knew where they could spend the night. He didn't but he said he would leave the restroom door at the station open for them. My father, my sister, and my brother, slept in the car.

Along with my pregnant Mom.

Okay, how does Derrick tie into the age of mean? He doesn't.

He sits firmly in the school of lift people up as opposed to the school of putting them down. He helps young artists to fulfill their potential and in turn their dreams. Make no mistake it's not easy but it's far from snarky.

There was a woman in the audience that told a story of when she worked for him as an intern. She was studying art education in college and as she told the story she began to cry. There wasn't a dry eye in the house and it's things like that that people never forget. He could have said, with nose in the air, "Call me Mister Adams," and went about his way.

But he didn't, he helped her, and she will never forget it. 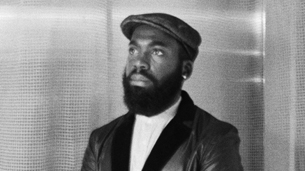 That's what I'm talking about.

His website is www.derrickadams.com. Check it out, you won't be disappointed.

A Great and Decent guy-check.