It's Gonna Be New Year's Eve

The coming New Year makes me think of days gone past.

When I was young we played games that still hold a special place in my heart. 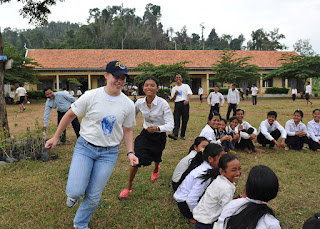 First off a little something called Duck Duck Goose.

Here's how it worked.

Kids sat in a circle and one of the children went along the outside of that circle patting kids on their heads. While he did this he would say, "Duck," every time he would touch one until he said, "GOOSE!" and took off running around the circle. The person who he'd touched stood up and took off running after him and if that person beat him back to their original spot-nothing changed. But if he didn't he would be the person saying, "Duck Duck Goose."

Got another one for ya. 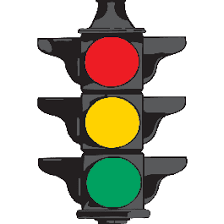 You'd line up about ten feet from the main person who would have their back to you. She would turn around and say, "Red Light." You couldn't move. Back around she'd go. She would then say, "Green Light," and you'd walk towards her stopping when she said, "Red Light." The goal was to get past her.  But if she said the magic words while she turned around and caught you moving? You were toast and out of the game.

Used to play that used to love that.

Another one is something pretty much everyone knows, Hide and Seek. You know the drill-- one person closes their eyes at home base and counts to a hundred, all the rest scatter and hide.

No one ever got to a hundred, by the way, before they said, "Ready or not here I come."

If the person hiding got to home base before the 'seeker' they were safe. If not they had to close their eyes, count, and go find hiding people.

I still don't know how you won that game. You just played until you didn't.

They have a game like that here in Florida that my daughters played when they were younger. It's called Man Hunt and it's played after the sun goes down. Kids were hiding behind hedges and stuff in the dark hoping someone wouldn't find them. I worried because there are snakes and critters down here who come out at night and Dads always imagine the worst.

Kids don't think like that. Dads do. And I don't know how you won that game either.

The playground was a big deal for me.

I used to jump out of swings going so high that my feet tingled when I landed on the ground. Now I would be aghast. Then I just laughed.

I used to go down the slide sitting on wax paper which made the slide slick and fast.  I would come down so fast I'd end up landing on my face.

Now I would be aghast. Then I just laughed.

The sand box was my domain.

I was in it for hours building stuff and playing 'trucks.' One thing I didn't know was what was in the sand. I got ring worms from being in there so much. I used to have to carry around a tin of this awful, thick, ointment that I would put on my face to help with that.

I wonder if there's an ointment for video games.

And while I wonder it seems like a good time to say, "Happy New Year!"

This was printed in the Orlando Sentinel December 9, 2017.

Well here it is. December. The end of the year, and I'll get to that, but also the month that gives us Santa, Rudolph, and presents.

It's so weird to all of a sudden hear Christmas music. 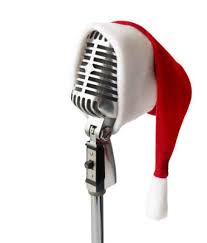 I was in a store and the music playing was all 'I saw Mommy kissing Santa Claus' and I said something to the clerk. She said they'd been playing stuff like that for a while. If you're young, it's no big deal, but if you're of a certain age you remember when you got through Thanksgiving before you heard that. Now? You're lucky if you get past Halloween before the Christmas decorations go up and holiday music starts a 'playing.

But this is the month of many holidays-Hanukkah, Kwanzaa, New Year's Eve and of course, Christmas. My twins are now 14, so Santa and the reindeer are different now. I remember the days of naughty and nice, and it seemed like every December they turned into good little boys. With an eye on toys.

Ah, the days of writing letters, addressing the North Pole, leaving cookies and milk under the tree for Santa and maybe something for his reindeer.

How does that old song go? "Memories sweeten through the ages just like wine."

On to today and dealing with my kids asking me what I want for Christmas. I'll let you in on a little secret: after a while you've gotten every present imaginable, and nowadays if you want something, you just buy it yourself. How about a Sports Illustrated almanac for Dad? I love statistics and I love opening it up to any page and just reading.

You know where it goes. 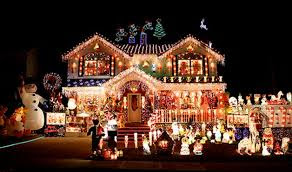 I've already seen antlers on cars and houses festively decorated. Some decorations are simple and ornate. Some people decorate their houses like a jet is landing nearby and the runway is this way.

Get ready for office Christmas parties. I mention them because this year my daughter, Maya, is singing at hers. No deal, little deal, or big deal? Kinda a big deal because she lives in Elay and works for the company that does sets for concerts and shows like
"The Voice." So nerves, they be a'rattlin'.

I've listened to more songs for her...

Okay, the end of the year. Remember we're gonna party like it's 1999? That seemed so far off and now it's way back there. It's soon to be 2018, people! There are folks in college who were infants when the century changed.

Also having moved here, I'm used to hearing songs about snow or things like White Christmas. But if you were born here and have grown up here, it must be odd hearing things like that in a place where it doesn't snow.