Life At The McEwen House

I live in a parking lot.

We have four, count them, four cars at my house. Three in the driveway, one in the garage.

How I got it is a great story.

My wife was married before, to Lou, who is Jenna's father. Lou is my wife's ex and you would think that my marriage to her would have caused some friction.

That couldn't be further from the truth.

In way too many of divorce stories the divorced couple can barely stand to be in the same room with each other. Denise and Lou have turned that story on it's head.

He's been at our house for Thanksgiving dinner, the Super Bowl, Christmas dinner and more. I've been to his house and gone to lunch with him many times. When I had my stroke, Lou drove my family members and my best friend in from the airport to be at my bedside at the hospital. I'll never forget that.

Lou and I are ace buds.

I've had many automobiles in the past and was in the market for a new one and then I wasn't.  Lou took me out of that market. I've never had anyone just give me a car and that kind gesture really touched my heart.

These days I'm more than happy to go to the grocery store or run errands for my wife.  Or drive downtown or go to the airport or just take the kids to get ice cream. I've done that before but it sure is easier now. 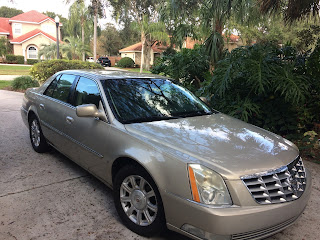 That's the car on the left. Pretty nice, right?

By the way everyone else in my house has gas sippers, I'm the guy with the Caddy. If you had told me that one day I'd have a Cadillac I would have said, "No way."

That's one of the reasons I say I live in a parking lot.

My house has two dogs, twins, my mother in law, my stepdaughter, my wife, and me.

One being a gift.

My brother from another mother, my Bestest, has a birthday on the 23rd.

Tony and I go back, back, back. How far? I met him 6 decades ago. We were way young then and have been best buds ever since. It's been one of the best rides of my life.

Between the two of us we've celebrated more birthdays than you could shake a stick at. And if you had all the lit candles over the years in one place you could see them from outer space.

What makes this one extra special is that his daughter Karley, my goddaughter, gets married this week. Man, will the tears be flowing that day. Smiles and hugs and I love yous too.

She's marrying a great guy, Sam Graham, and that day is gonna be a big partay. As Parliament sang, "We're gonna turn this mother out!"

Now, going home for that wedding means that when Denise and I land we go straight to see my father.

It'll be great to see him and his birthday is on the 30th. How about that? An early birthday present. He's going to be 88 and as the saying goes, I'm a lucky man.

And not only here but around the world. Not just Boston, Los Angeles, Washington and many more places but also Paris, England, Berlin, Greece, it went on and on.

I have to admit tearing up watching it all. Tearing up.

And those are a few thoughts.

As far as holidays go January is a quiet month.

Oh, there are big ones in the recent rear view mirror, three to be exact. 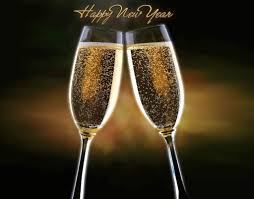 New Year's Eve and New Year's Day fall under the same umbrella. Haven't we all at one time or another gone to a New Year's Eve party? Dressed up, drinking champagne, making toasts. I remember as a kid seeing cartoons where the new year was a toddler and the year going out was an old man.

We counted down the old year and welcomed the new at midnight.

As you get older staying up till twelve is more of a challenge. If you're lucky you find yourself sitting around the television at midnight with your wife and kids shouting, "10, 9, 8, 7,...."

The following day is full of bowl games and lazing on the couch.

Before that is the second of the big ones--Christmas. Presents, the tree, Rudolph, and parents hanging on to you know what for as long as possible.

Santa. Naughty or nice. Milk and cookies left, with a note for Mister Claus, by the fireplace.

Christmas songs don't sound quite right in July, but boy do they sound great during the holiday season. I'll be home for Christmas gets me every time. If only in my dreams.

And the third big one--Thanksgiving.

Most of us never eat a turkey at any other time. Turkey plus stuffing, plus sweet potatoes, plus cranberry sauce, plus letting your pants out. Pumpkin pie afterwards.

And family. Let's not forget them. Friends, too.

And always remember they have a Thanksgiving Day Parade. 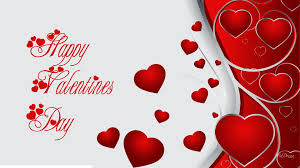 The next big day coming up is Valentine's Day or as my son used to call it when he was younger Valentime's Day. As an old married guy, let me say that day is more for younger couples, guys who want to impress their new love and includes new-er husbands.

Not to say it's not important but here's the deal.

You must not forget your anniversary and you better not forget her birthday. If you forget those, here comes the hot water you'll be in. I wouldn't advise you to forget Valentine's Day either although it's not nearly as important as the first two. As an added plus, TV commercials, highway billboards and in store reminders will help you to remember the date.

Candy, flowers and cards work as presents. Jewelry does too.

January doesn't have a big holiday but it does have something that the other months don't have and it's pretty special.

After you turn the marker for the old year it's here, January. Oh, you can grouse about the year gone by but here comes a new field full of freshly fallen snow. No footprints. Yet. The possibilities are endless and that makes us all very hopeful.

This may be April but it's tied to January by that very word, hope.

As the storm rages across our country you have to believe that one day it won't. There's an old saying that I cling to like a lifeboat in turbulent seas. A mantra as it were. The saying?

And this too shall pass.

Easier said than done but hang in there.