So, I'm going to the movies with my kids.

The parking lot is packed at the mall and after circling what seemed like a bazillion times, I finally found a spot. It seemed like it was a quarter of a mile away but at least I found one. Off we went to the multiplex. 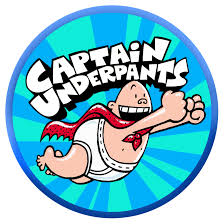 I'm taking them to see the new Captain Underpants movie.
All my kids had read the books when they were younger so now that there's a movie?

I couldn't believe what four tickets cost. That and a large popcorn, candy, and soft drinks, came to about a thousand dollars. It used to be cheap to go to the movies. Key phrase? Used to be. I paid the nice young lady at the counter noticing you can now get a beer there to take into the movie.  I didn't get one but very cool, again.

There are 21 theaters in that multiplex and after I got the snacks I inadvertently took them into the wrong one. The reason I knew was all the previews were R-rated. I thought, "Not good." We all hoofed back out and went to the one across the hall and that was the right one. Just one thing, after about ten minutes of animation I was done.

I whispered for my son to text me when Captain Underpants was over and left to go back to the theater with the R-rated previews. 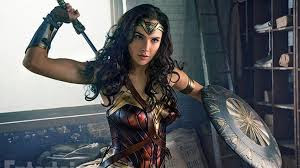 I slip in and they're showing Wonder Woman.

After a while I'm watching the actress who plays her in the movie. Gal Godot is her real name and she is Princess Diana aka Wonder Woman. She's beautiful. That's a good word. So is magnetic.

And you can't take your eyes off her is a bunch of words.

Back to the movie.

Wonder Woman is independent, smart, strong, with her heart firmly in the right place, and definitely not a damsel in distress. She's a role model for my daughter, young girls, and women everywhere.

In the movie she's busy stopping bullets with her bracelets and beating up the bad guys and taking out a German World War I sniper.

The scene where she walks toward the German soldiers, in 'No Man's Land', who happen to have machine guns and rifles trained on her is superb. If you've seen the movie you know what I'm talking about. If you haven't, you'll see.

I'm thinking that as long as they make Wonder Woman movies, I'm going.

As I begin to settle in, my cell phone vibrates. It's a text that Captain Underpants is over and all my kids are in the lobby.

That right there qualifies as a "darn."

I silently say goodbye to my new favorite person and leave to meet the kids.

They loved the movie.


Look at this picture and tell me what you see. 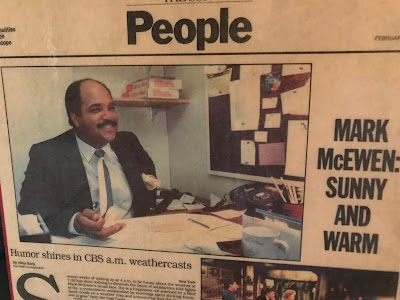 I'll tell you what I see.

Hear me out. This was from the first article ever written about me at CBS. It was in the Baltimore Sun and was dated February 13, 1987.

A long time ago.

I was brand new and had no idea how lucky I was. That was my first office, more like a broom closet. And it didn't even have a window.

The irony was not lost on me being a weatherman who couldn't even look outside to see if it was raining. But I was just glad to be there.

Okay, why do I see goof?

Look at the tie. What was I thinking? Back then I thought it was cool to wear a tie like that. Keep in mind that I came to this job from the land of rock and roll. I was a disc jockey. Suits and ties were alien to me. And a pocket square? I thought that was cool, too. I stopped wearing them shortly thereafter.