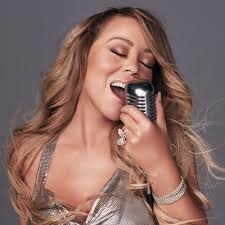 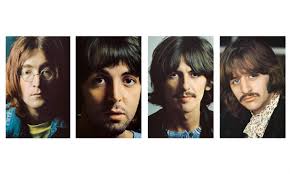 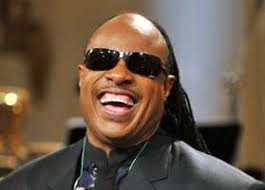 Rock and Roll Is Dead

Rock and Roll is dead.

That's a pretty big statement but hear me out. 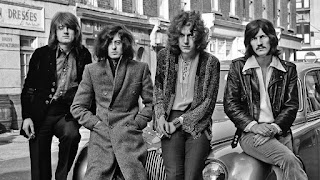 When I was younger it seemed it was all over the radio. The Beatles taking the world by storm and getting kids everywhere to pick up guitars and start bands. Then it shifted to groups like Led Zeppelin, the Stones, the Who and more.  People explored every type of rock there could be like a kid playing with toys in a sandbox. Nights in White Satin anyone? King Crimson, Emerson Lake and Palmer, it seemed like every day there was a new band and a new twist on the music.

You know what's funny? It's called classic rock now but back then it was just rock and roll.

I became a deejay on the radio and played the usual subjects and the music kept evolving...AC-DC, Talking Heads, Bruce and the Big Man and on and on. There was a time that if you drove from Maine to San Diego all the radio stations sounded unique. There were bands that Detroit was in front of, Chicago radio sounded different. Denver, Phoenix, they all had their own identity.

Now? Do that same drive and you’ll hear the same songs from sea to shining sea. 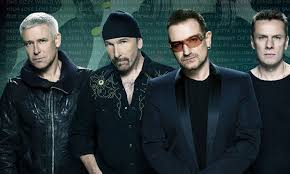 Okay, I got off on a rant, back to rock is dead. There was a time that you would hear a band’s new stuff on the radio. It’s harder than ever to do that now. Quick, name the last big rock and roll band.

Turn on Top 40 radio and you’ll hear lots of rap, singers who sound the same, and songs, while catchy, could be done by anyone. They’ve figured out the formula on how to write hits. There are people who aren’t in that bunch.  Adele, Kendrick Lamar, Sam Smith are some of the Mount Everest ones that stand out and there are more. But for the most part I can’t identify the singers who sing the songs.

I'll tell you a story. I gave my old iPod to my daughter, Maya, years ago with my old songs on it. She is now a fan of Boston, the Beatles and more. Heck, she's a fan of Michael Bolton! Altogether now, "How can we be lovers if we can't be friends?"

Do you know how cool it is to discuss music with your daughter?

She turned me on to Ed Sheeran, Disclosure, Billie Eilish, Shawn Mendes, and many others. I turn her on to all kinds of songs and bands. She still doesn't like Def Leppard like her Dad but that's okay. I think the guitar solo in Armageddon It is sublime.

Do you hear rock and roll? It's pretty much old rock, when you find it, and it's the same songs over and over again. Hey, I'm glad that the movie Bohemian Rhapsody turned a spotlight on Freddy Mercury and Queen but if I hear that song one more time...

I sound like I'm a hair away from saying, "Get off my lawn."

I played the music. 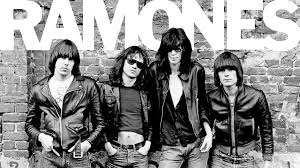 Yesterday, in the car, the Ramones came on the radio singing the song Do You Remember Rock and Roll Radio? Along with the turning up the sound and the bobbing of heads I mentioned that I played it on Detroit radio when it first came out.

Love me some Ramones.

When you watch sporting events on tv you might hear them. "Hey Ho let's go!" It's so funny seeing grandmothers and people who never heard of them chanting along.

If they came out now who would play them?

Like I said at the beginning of this, rock and roll, the kind I knew, is dead.

My wife, Denise, says things to her friends that I never say to mine.

They actually say that to each other.

My wife and her friends put on a fashion show for each other showing off new clothes. She does that for me and I have to admit I like it, but the nice top thing...

"I don't leave the house without lipstick or makeup."

Granted there are women who don't do all that but there are many who preach to some section of that choir. My sister said when she was younger she stopped by Denise's apartment and found her vacuuming in full makeup. That's my glamour girl. Guys I know don't think that way. And they definitely don't say things like that to each other.

Next time you go out take a close look at the guys. Unshaven, goofy shoes, goofier clothes. Women are cats, men are dogs. My sister has always said, "Dogs will be dogs and men will be dogs." But I think she was talking about something else.

I've heard this, as well, said by my wife to one of her friends. On the one hand it's an innocent way to find a new scent but if a guy says that to another guy you might get the look. Gotta be honest I have said that to a fella, it's how you say it that counts. But as a rule it's not in my everyday conversation.

Women say this all the time. I guess since they go to the hair dresser, use curlers, curling irons, it's okay to say things like this. Guys go to barbershops. The most you'll hear is, "You got a haircut." That's pretty much it.

"I used to wear a nine in an open toed sandal."

Truth is I don't know where to go with this.  I don't know if it falls under the category of things women say that guys don't. OR. The 'I shouldn't have heard that' category.

I'm married, have been for a while. You've heard the saying, "Happy wife happy life."  Also to quote Kenny Rogers, "You've got to know when to hold 'em know when to fold 'em."

Pick your spots my friend.

And when you hear your Lady say things like these?

My advice is to nod your head and to keep moving.