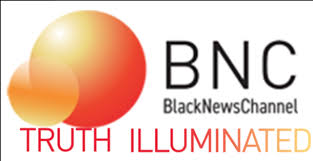 When I was young it seemed every Black person I saw in movies was either a bad guy or a drug dealer. Or a wide eyed what do we do now? Or got killed off early.

When I was young if you were white and liked jazz you were cool. If you were Black and liked rock and roll? Well let's just say when listeners found out their favorite DJ on the radio was Black I heard more than once, "What kind of music do you really like?" I like rock and roll. Check my iPhone you'll see. You'll also find Al Green, Earth, Wind and Fire, Stevie Wonder, Aretha Franklin, The Spinners, and more. But rock and roll? I'm there.

In movies it seemed it was always Black people waiting for a white person to tell them what to do. It wasn't until Eddie Murphy in Beverly Hills Cop where I saw white people say, "What do we do now?" And it was the Black guy who said, "Here's what we do."

I tell my daughter that what you see now on screen and on television I got used to not seeing.  I didn't see the things she takes for granted now. An example. Scandal. A Black woman having an affair with a married white guy who just happens to be the president of the United States. And he's underwater in love with her.

He is a writer, producer and director. He's done all that for a pilot called Waking Up White. It's a comedy about a Black family that one day, well you get the idea. They have 30 days to decide if they want to remain white or go back to being Black. Check out the trailer on Youtube, it's great.