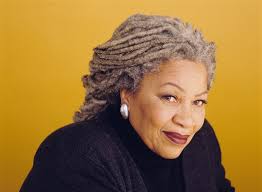 If, by chance, you don't know who she is; you should.  An amazing person an amazing author. She was awarded the Nobel Prize in Literature in 1993 and that committee  said about her then, "who in novels characterized by visionary force and poetic import, gives life to an essential aspect of American reality."

Toni Morrison was the first African-American to win that honor.

She's written these rich and deep books and Oprah, you know who she is, turned one into a movie. Beloved it was and Oprah herself starred in it.

They were great friends. They were old friends.

She didn't do a lot of interviews but one of the best was done by my guy, Ed Bradley, on 60 Minutes. It's on Youtube, check it out. You won't be disappointed. It brought back memories of growing up black.

People smile when I say that but it's true. I so love my parents for preparing me for the cold world. Preparing me for battle as a black man in a white world.

But, let's go back in time first. My Dad was an officer in the Air Force and because of that I was born in the hospital at Lackland Air Force Base in San Antonio, Texas. Bexar county as my birth certificate says.  My parents were listed as 'colored' on that certificate.  That is what black people were known as in the 50's.

When you're young you have no idea what you are, you just know that your parents love you and the world is this thing of wonder and delight.

It didn't take long to find out it was different for me.

When I was in 1st grade I went to a Catholic school there called St. Paul. If you took First Communion every month they gave you a cinnamon bun and chocolate milk for breakfast afterwards and why do I remember that? I also remember the day that a few white boys were snickering as they called me Charlie Brown. I thought it was in reference to the comic strip but it wasn't. 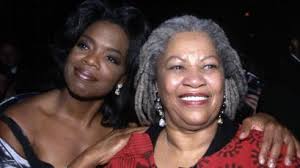 We moved from there to Berlin and black people were like rock stars to the Germans. They thought you were special, they treated you as equals. And then we moved to a place where you definitely weren't a rock star--Montgomery, Alabama.

We lived in a nice house in a black neighborhood. There was a creek that ran between that neighborhood and a white one. It was surrounded by trees and the locals called it Hobo Jungle. Both white and black kids played there but you knew not to be caught by the wrong bunch. If you did they would beat you up. I wasn't used to that but I learned fast.

I talk about my parents preparing me, I'll give you an example. My father taught me that if you're ever stopped for anything by a cop to leave your hands at ten and two on the steering wheel. Don't make any fast moves and always be courteous and smile.

Black moms and dads have been teaching that to their children forever.

The first time I heard a white person say that they gave a policeman a piece of their mind when stopped I was incredulous. Maybe you can do that, I thought, but I can't.


We moved to Maryland after Alabama and when George Wallace was shot my first thought was that I hoped it wasn't someone black who did it. It wasn't, but my point is black people tend to think they are responsible for all black people. I did. White people don't think like that. If a white person does something horrific they're just someone who did something bad. White people don't see it as a white person who did something bad.

When I was on CBS in the morning and I would walk the streets of Manhattan white people would stop me and say, "I'm a huge fan. I watch you every morning." Black people would say, "I'm so proud of you."

I cried like a baby the night Barack Obama won. I never thought a black man would ever be president of these here United States. He won the vote. Twice. 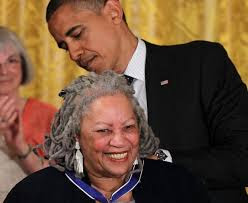 I don't know why her death made me think of all that.

Rest In Peace Miss Morrison. A person who never met you was rocked when he first heard the news.