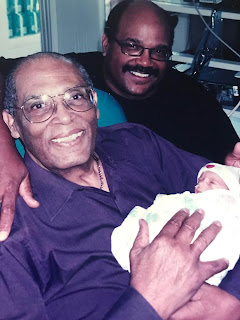 I lost my Mom almost twenty years ago. There isn't a day that goes by I don't miss her. My twins, her grandsons, hear me talk about her all the time. "Your grandmother, who's not here anymore, would be so proud of you." Things like that.

They've seen plenty of pictures of her but never met her.

Now my daughter is a different story.  I have photographs of her and her grandmother but she was a little girl in them. You know how it goes with grandparents, sometimes you barely remember them. But she knows my Dad well and my twins know Pop Pop well too. 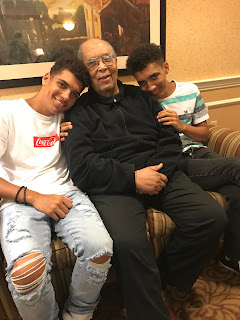 When people look at him today they see something different than what I see. They see a nice old man, I see the man who was the most important person in my life. Someone who had a huge part in shaping who I am today.

Too much? Don't think so.

Dad's father, my grandfather, died when he was four months old. He never knew him. His mother raised him and then she passed when he was just 14. Imagine having no parents in the 40's. Now throw in being black and as they say there you go. When something like that happens it's easy to understand how someone could go over to the dark side but my father never did.

He had his own radio show at 16, one where he sang, see Dad always had this great singing voice.  He went to Xavier University in New Orleans on a full ride and starred in many operas there.

After my mother's funeral Dad and I were at the house going through boxes and came upon his old college yearbook.

At the time I was at the tail end of me being on CBS and was about to work with Bryant Gumbel. Dad leafed through the pages, stopped on one, pointed, and said, "The president of our class was Richard Gumbel, Bryant's father." I was shell shocked, I didn't know that. And then he turned a few more pages and there he was and he casually said, "And I was the star of the class." 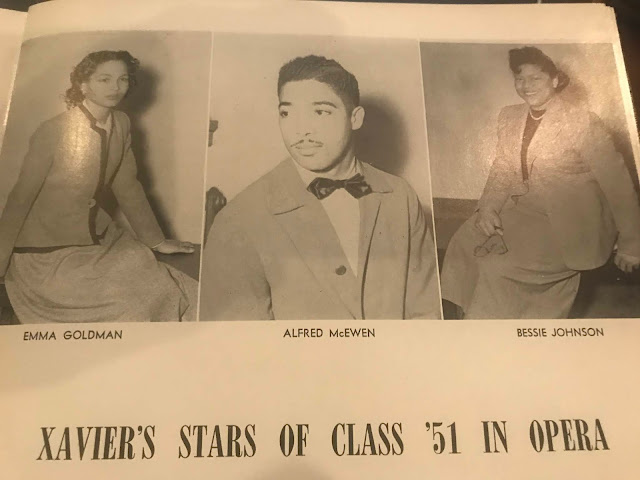 I didn't know that either.

Okay the memories are too many to mention but here are a few.

What kids don't know but parents do is that it's harder to be a parent than a kid. My father thought it was his job to prepare us for the cold world. We had to speak correctly and had to say please and thank you, yes m'am and no sir. Sound trite? Those things have gotten me further in life than just about anything. When he called to us we answered with, "Yes sir."

Had to and boy it payed off. 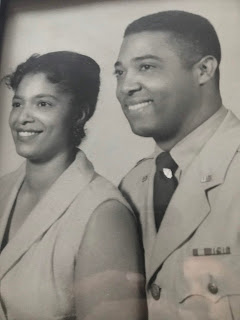 He was an officer in the Air Force, we were stationed in Germany twice and he retired as a Lt. Colonel. We had moved to Maryland and you would think I'd be a Baltimore guy. You'd be wrong. Dad's next job was in Washington so I grew up reading The Washington Post and was a Redskins and Senators fan.

Music? I never could sing that well but I had 9 years as a rock and roll disc jockey in big markets-Baltimore, Detroit, Chicago, New York. To this day I know my tunes and although it's not opera it's still music. That's the influence of my Dad.

The college of musical knowledge.

One of my memories is funny. He had come to Detroit to visit and we went to a mall to do some shopping. In one of the stores I reached up to get something and he said, "Uh oh." Let's just say his son was, ahem, odoriferous. When he told me I was mad and upset. "But Dad," I said, "I use Right Guard everyday." "You need something stronger." He gently steered me towards Mitchum deodorant and the problem was solved.

When I got on television he told everybody.  He was so proud of me then and still is today. Afterwards I suffered a massive stroke. Being a stroke survivor is a hard thing but he sure has made it easier with his loving understanding, his loving advice, and his loving attaboys.

He's now in an Assisted Living home. I see him as often as I can but it's hard when you live in Florida and he's in Maryland.

I talk to him on the phone almost every day and one more funny thing. He now suffers from Alzheimer's and since I repeat myself we're a match made in heaven. I can tell him stuff I told him yesterday and it's as if he's hearing it for the first time.

But here's the thing.

When we talk the clouds move aside and the sun comes out and he's my Dad again. And I am the son sitting at his father's knee. 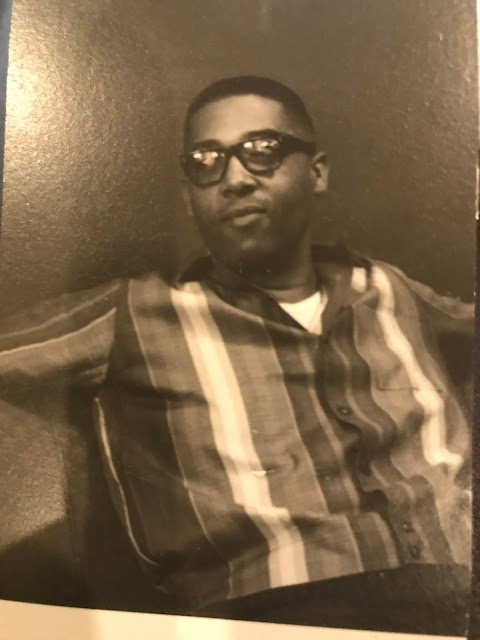 They say that memories sweeten through the ages just like wine. So has my love for him.

Today is my father's 90th birthday. 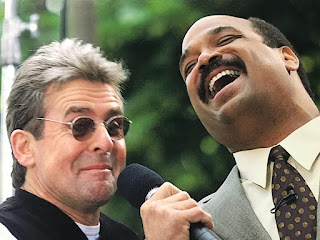 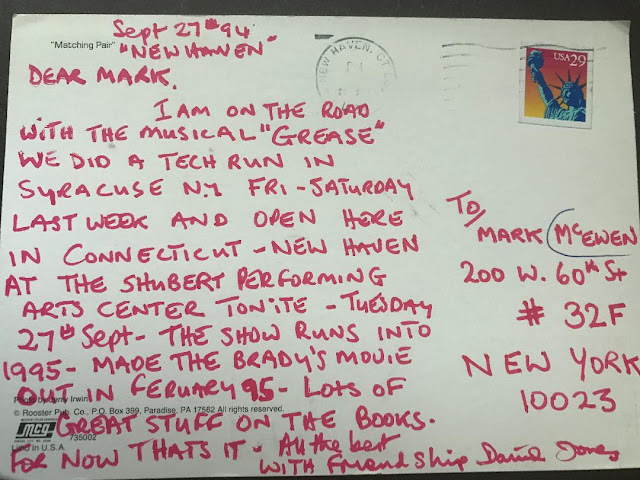 
I'm tired of so many things. Up on my soapbox I go.

I'm tired of sports shows on television full of hosts who argue and yell at each other. Every angle, every tidbit, is raked over the coals.  That is par for the course and of course you're wrong if you don't agree with someone else's point of view.

I'm tired of the panels on news shows that rehash the same things over and over again. Do you see a pattern here? Since we're in the age of 24/7 cable you have to fill that hole every day and, just so you know, stuff doesn't happen every day. But, as they say, the show must go on. It's just going there with one less passenger. Me.

I'm tired of driving and the person in front of me is going real slow because they are on their cell phone. Same thing when I'm stopped at a red light and it turns green and the car in front of me goes nowhere because the driver is on that darn cell phone again. I used to live in New York where they had no problem leaning on the horn as soon as the light changed but now that I'm in Orlando?

Which leads me to something else I'm tired of...

How come when cell phones drop out we're okay with that? If a car was going 60 miles per hour and then the engine turned off, well, we'd be more than outraged, we wouldn't buy that brand again. But we're fine with, "I must have lost you." We're used to calls dropping out and that's not good.

And how come the roads are a mess? Pot holes, streets needing to be repaved, and that's just here in Florida. Need I remind you it doesn't snow here and they don't salt the roads in the winter?  Every time I go home to Maryland I'm shocked, shocked I say, at the state of the freeways there. They have huge pot holes and they are in dire need of repaving and somehow that does not happen. Why is that?

How come Healthcare is so expensive? You've heard this a thousand times before but we
live in the richest country in the world but, some advice here, don't have an operation or need costly medication. It's a good way to go broke and lose everything and that's not right. In many countries you just go into the hospital and...come out fixed and ready to go and not bankrupt. It should be that way here.

And by the way you've seen ads for medications all over the tube. "Ask your doctor about..." is a phrase we've all gotten used to. Here's the thing, is it just me or have you listened to, "side effects include...?" It seems like it goes on forever. Man, some of those side effects are worse than the thing that brought you there in the first place.

I could go on but let me just stop here.

And get off my soap box.