"It's not what you achieve in life that's important, it's what you overcome."

That's a famous saying and it was repeated by Tiger Woods. 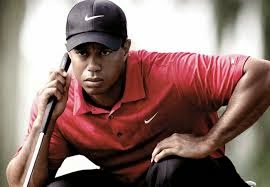 Some well known stats...He's won 79 PGA Tour events, 14 Majors, won what seems like a bazillion dollars and many think he is the greatest golfer of all time.

Tiger played in the most recent Masters and I think played very well. There are folks who disagree and that's okay. I disagree with them.

I'll bet that quote resonates with Tiger because he's been awful for a while. Bad back, short game woes, injuries... When I heard he was going to play in the most prestigious golf tournament there is, my first reaction was, "Uh oh."

He's been that bad.

But hold on now. 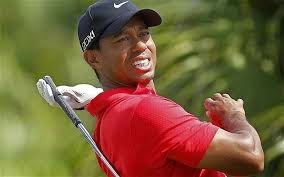 Tiger played well, he didn't win, but he played well. He could have played poorly. But didn't. Let's look at that 'he didn't win' thing. Did you actually think he would? He had not played for like, forever, and not played well for even longer. See, he set the bar so high when he was TIGER that coming in first, even when he hadn't played at all, is what people have come to expect from him. So when he finished 17th, there was a lot of pooh-poohing going on. "He's through, he's washed up, he's old," blah, blah, blah.

I beg to differ.

Back to the Masters.

First of all, did you see the gallery? It was packed. And that's because Tiger made people who weren't normally golf fans pay attention. Golf became important because of him. Second, Tiger needs to work on his driving but all in all his game was pretty good.

Back to that quote.

"It's not what you achieve in life that's important, it's what you overcome."

I saved that night he hit the fire hydrant, got divorced, and had his life turned upside down, for the end. You know the line, "He who is without sin..." There isn't one among us who doesn't wish they could change something they've done. Not one. I bet Tiger wishes he could. Forgiveness is something I was taught from the beginning. I forgive him. If you don't, I get that. Don't watch. Tell your kids, your grandkids, not to. Do whatever you want. 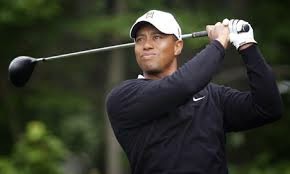 I'll tell my grandkids I saw the greatest who ever played.

By the way, Jordan Spieth won the 2015 Masters by four strokes and won wire to wire.

But a smaller story, a footnote as it were, was the return of Tiger Woods.