I knew of Stevie long before I met him. 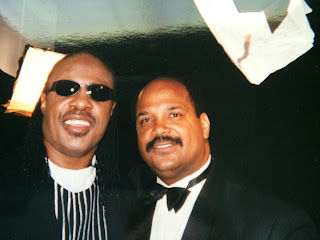 He was 'Little Stevie Wonder' at first. One of the stars of Motown. Along with The Supremes. The Jackson 5. Smoky Robinson and the Miracles. The Four Tops. And let's not forget The Temptations.

Stevie stayed right with them.

He had a number of hits as a young artist..."Uptight (Everything's Alright)", "I Was Made to Love Her", "For Once in My Life", and "Signed, Sealed Delivered (I'm Yours)", to name a few.

I asked him, "What song changed your career?" The answer might surprise you.

Because of that song people began to look at him differently.

He changed. He grew up, and began to write and record different songs like "Superstition", "You Haven't Done Nothin'" and "Higher Ground". 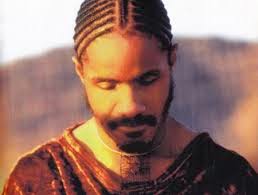 Songs with lines like, "Why must my color black make me a lesser man?" resonated in the soul of this young black man.

I can still remember him blasting from stereo speakers out of dorm room windows. It seemed like he was everywhere.

I asked him, "Why did you bring social issues into your music?"

"I did that because I felt that God blessed me with an opportunity to express myself not from just an African American point of view but from a humankind point of view."

Then tell me what artist today says things like that.

He added, "I think we have far more in common with each other than those who would like to divide us, would have us believe."

Now don't think that kind of music was all he wrote 'cause that's not true. When Stevie wrote a love song ("Knocks Me Off My Feet") you knew a love song had been written. When a heart was broken ("Rocket Love") he wrote about it achingly and eloquently. And songs like "I Wish" and "Boogie on Reggae Woman" are groove perfections.

And there are more.

Stevie Wonder was the first musical artist who made me think while I was shaking a tail feather.

One last thing, I've met more women named Aisha than you could shake a stick at. All of them named that because of the song he wrote for his daughter. ("Isn't She Lovely?")

"I wrote that on a Saturday in New York," he told me. He said it was inspired by The Lovin' Spoonful's "Summer in the City".  Stevie continued, "Not the lyrics but the sounds of the city in that song." Horns honking, cars driving by, city life.

That made it into his song. 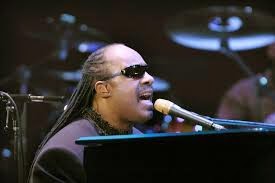 I saw him perform it at Carnegie Hall. It was at the Rainforest Foundation concert.

The Boss was there.

James Taylor was there.

But the star of the evening was Stevie Wonder. The roar that the crowd made when he played the recognizable open to that song? As the commercial goes...priceless.

He's won a bunch of Grammys plus he has a Lifetime Achievement Award. He's won an Academy Award for Best Song and been inducted into the Rock and Roll and Songwriters halls of fame. Stevie has had lots of number one hits and sold over a 100 million records.

We're lucky to be alive when he is alive.