I ran with the Olympic Torch. 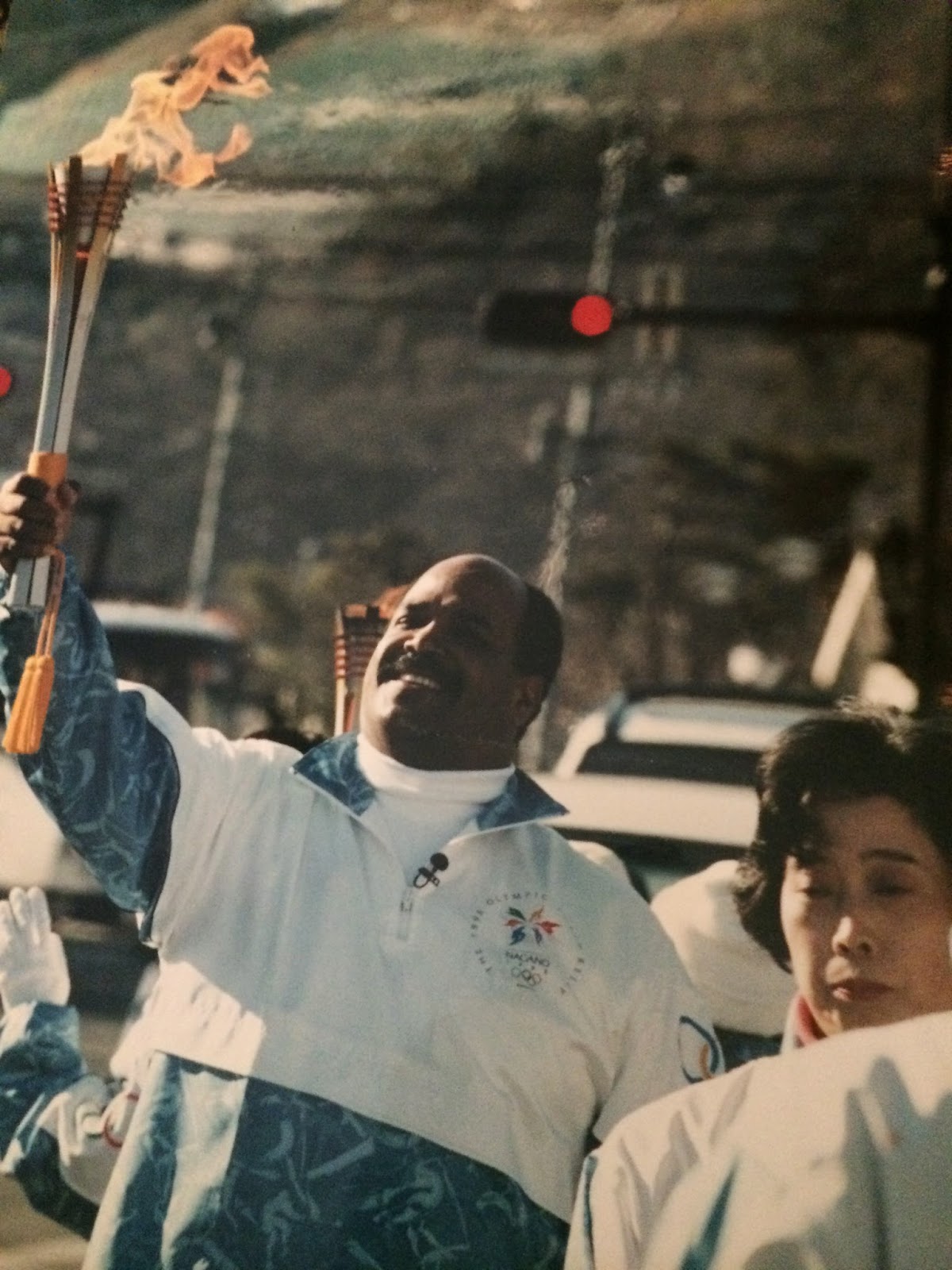 It was in Japan for the Winter Olympics in Nagano. I had covered Winter Olympics before. Once in the Alps for the Albertville Games. Once in Lillehammer, Norway for, as they were known then, the Tonya Harding Olympics. But I never ran with the Torch.

CBS had the viewing rights for the Games and because of that they got to pick a few people to run with the flame.

I was one of the lucky ones.

I was on CBS This Morning and our Executive Producer, Al Berman, brought me into his office one day and closed the door. We all knew the Games were coming. We all knew they were on our network, so when he started talking about them I began to relax.

Then he dropped the bomb.

"The network has given us an opportunity to have someone run with the Torch and I want to have you run with it.  You'd be great," he continued. "We'll do a whole campaign around it and in Nagano, you'll run."

I was speechless.  I knew no one who had run with the Torch. Still don't. I left his office a bit dazed.

The series was called, 'Mark, don't drop the Torch.' I wasn't thinking about dropping it.

Talk about your pressure.

They sent me to a sports complex in Manhattan called Chelsea Piers to work out and get prepared. At first, I went three times a week, Monday, Wednesday and Friday. As the time for the run got closer I included Saturday and Sunday.

What did I do?

Because I'd had an operation on my knee, I didn't want to jeopardize the run, so jogging was out of the picture. The exercise bike was not. I used to do 45 minutes on it, then switch to weights to keep the heart rate up.

I had an inventive personal trainer who would come up with all kinds of exercises. I shadow boxed with former middleweight contender turned fitness trainer, Michael Olajide. I also did Pilates and worked out with a rope contraption. Just seeing me on that was worth the price of admission.  I did an hour of exercise every time I went there and I went there for about six weeks.

I  wore a running suit that had the Olympic rings on it, plus I had a laminated picture of my daughter, Maya, around my neck. She was two. I then went to a small town outside of Nagano thousands of miles from New York, my home.

At first the streets were empty but they quickly filled up. The Olympic Torch was coming. The townspeople were on the curb on either side of the street. It was like being in a hallway and the walls were people. It got busy. It got noisy.

And here it came.

The Torch was being carried by a runner, just like you've seen on TV. When it arrived I bowed, put my Torch next to theirs and the Olympic flame was transferred.

Then I was off.

I had to run slowly because there were kids in wheelchairs by my side. We started at a school for disabled children and I ran with them.

I was high fiving the people in the crowd. I then left the kids behind, began running across a bridge, and was told to run faster.  I found out later that the reason I was prodded is because there is a finite amount of propane in each Torch. They don't want your flame to go out.

The distance I ran? About a mile. There was a truck in front of me the whole time with a camera crew filming me running. On the other side of the bridge was the next runner.

I bowed, she bowed, and put her Torch next to mine. The transfer was made and she disappeared into the crowd.

When I was running I didn't have time to fully take in the moment. Watching her running away was when it hit me.

I just ran with the Olympic Torch. 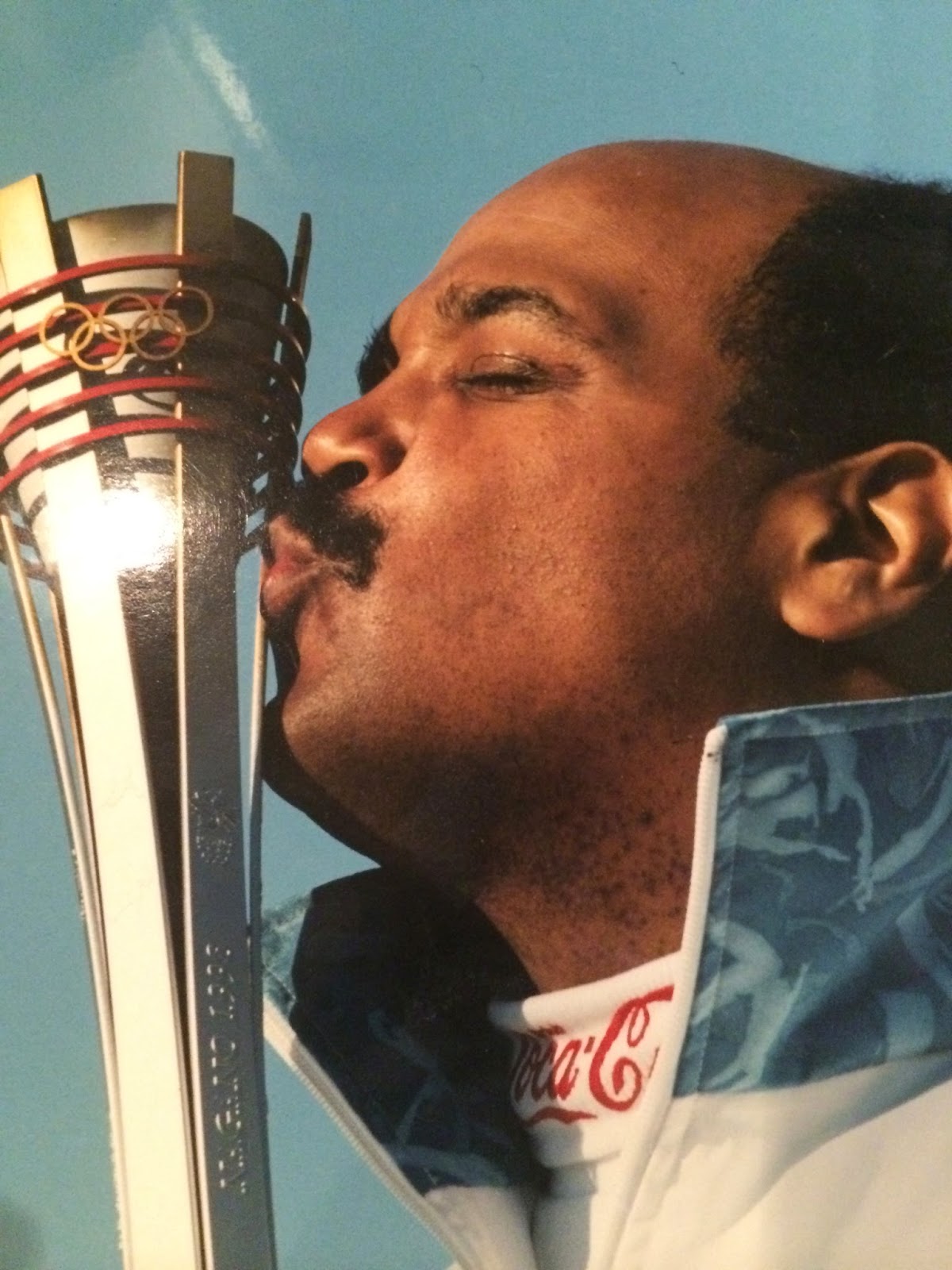 The Olympics bring all of us, the whole world, together. They've been doing that since before I was born. The Olympic motto is Citius-Altius-Fortius. Faster, Higher, Stronger. Athletes train their whole lives for a moment in the sun and some of them are from countries I'll never ever see. To be a small part of that was overwhelming.

I was in the stadium for the opening of the Nagano Winter Olympics. Japanese figure skater Midori Ito was the final runner and came in to a roar from the crowd. She was a former world champion and had taken the silver medal in Albertville. She went to the cauldron, put her Torch to it, and the flame was lit.

The Games were officially open.

The flame had come a long way from Olympia, Greece. It was carried by thousands to be in Nagano.

I was one of them. 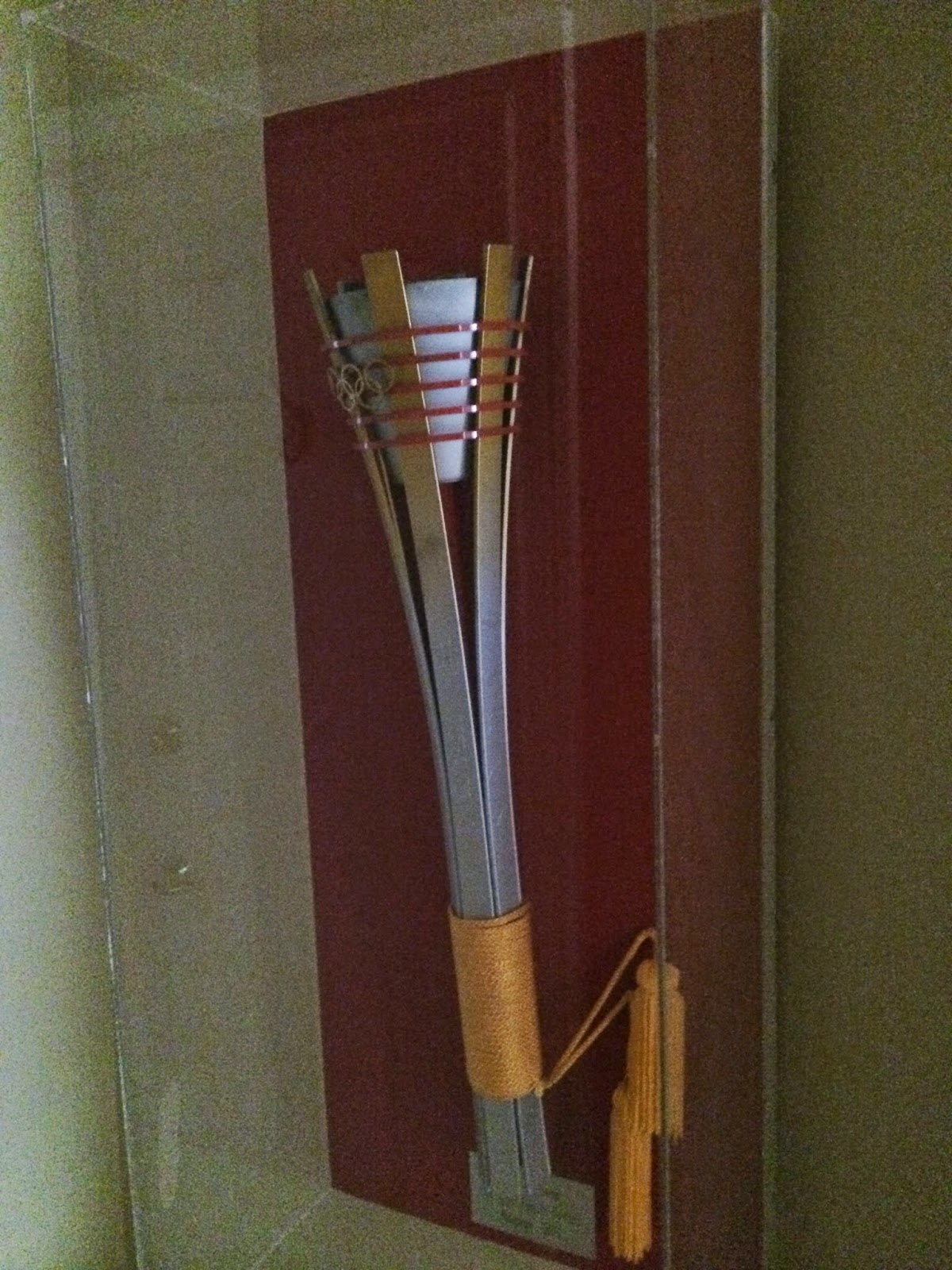