A big part of healing is psychological.

Can I get an Amen?

Every survivor has a memory of the time before your stroke, and then stroke hits and life changes. You do the physical rehab but it's the mental part that I'm talking about. 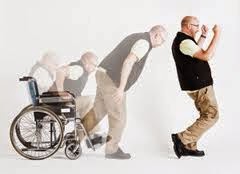 Kathryn Hepburn said that getting old is not for sissies. Let me upgrade that a bit and say that dealing with a stroke is not for the faint of heart. You have to be tough and you have to push yourself. Feeling sorry is easy, fighting back is hard.

Having said that, let me tell you a story.

When I was going through rehab, my occupational therapist was skeptical of me driving. Driving is a sense of freedom and I wanted that freedom. It also meant that I was overcoming a post stroke hurdle, and that was very important to me. I went to my family doctor, whose wife had suffered a stroke, and told him the story. I remember this as if it were yesterday; he looked me in the eyes and said,"Can you drive?" I answered, "Yes." He asked again,"Do you think you can drive?" "Yes." 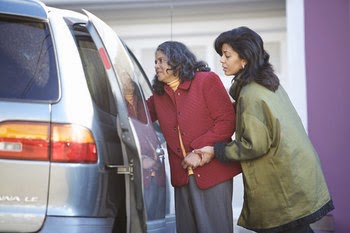 You have to be hard headed when dealing with a stroke. Sometimes it can be tough and I'm not going to sugar coat that. Losing weight? Hard. Stopping smoking? Hard. Stopping drinking? Hard. Ask people who've accomplished any of the above and they'll tell you how tough it was. And some will tell you of trying to do it five times, ten times, a hundred times. But you have to keep trying, keep going forward. 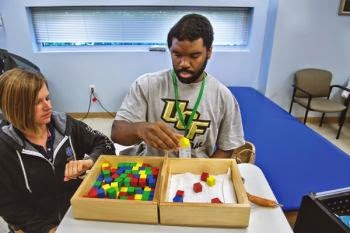 I've said it before, don't give up. You can't give up. Instead of giving in you have to learn to accept this new life and make the most of it. Keep trying, keep going, is a good mantra.

A big part of healing is psychological.

A big part of being a stroke survivor is the mental part.

Lean into what is ahead of you and don't focus on what's behind.