Her given name is Caryn Johnson. 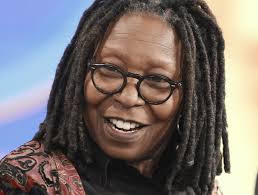 She is one of the few, and I do mean few, who have won an Oscar, a Tony, an Emmy, and a Grammy. That's a lot of hardware.

You know her as Whoopi. Whoopi Goldberg.

And she is a treasure.

She won the Oscar for her portrayal of Oda Mae Brown, a psychic, in the movie Ghost. When you have Patrick Swayze and Demi Moore in your movie, it's hard to get noticed much less win an Academy Award.

I asked her,"What does winning an Oscar do to a person?"

"It just makes you feel good," she answered with a little girl smile. "I like the idea that every morning I open my eyes and the second thing I see is my Oscar."

I never asked her what the first thing was.

About that Oscar, Whoopi said, "He really does represent a goal for people who want to act. I'm part of a select few in the history of film who has one, so I'm very, very, proud."

I was invited to her house, one year, around Christmas time. Her house was on a lake. There were a bunch of kids there and we went outside to see Santa come across the water in a small boat. He had a full beard and a bag full of presents. Before I went outside to see him, I saw her Oscar inside. You know how you have one of those 'moments'? This was one of those. The famous statuette was on a coffee table; I thought it would be guarded by a two headed dog. It was just...there. I'd never held an Oscar before and there I was holding hers. 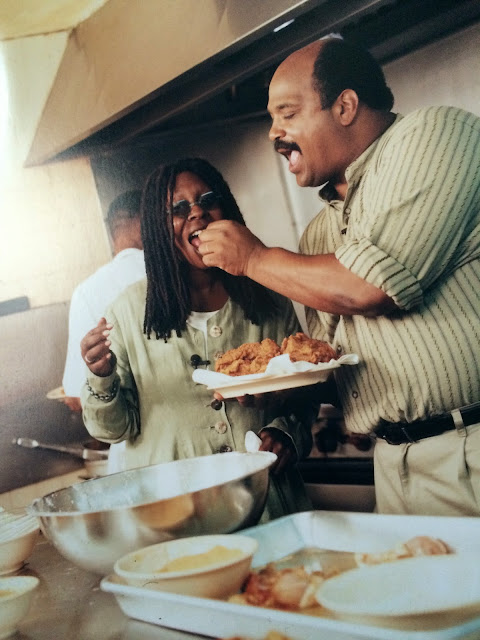 I did a show called Celebrity Dish. It was based around a celebrity either cooking for me or taking me to their favorite eatery.

Whoopi took me to Roscoe's Chicken and Waffle House in LA. You might think that's an odd combination-chicken and waffles. I did. But, boy, was it yummy. We were filming in the kitchen when she said, "Taste this." She handed me a piece of chicken and it was like Whoopi had given me a slice of heaven. I said, "That tastes great!"

She's been darn near perfect for that show. I say that because Whoopi is smart, has an opinion on everything, and has a great heart. It's always in the right place. She fit right in without that show missing a beat.

Sister Act. There was a time she was the highest paid actress in Hollywood. That movie, and her in it, was the reason.

She hosted The Academy Awards. Three times. Whoopi was the first woman, ever, to host them. Ellen Degeneres followed her, but Whoopi was first. And very, very, good.

Comic Relief. Billy Crystal, the late Robin Williams and Whoopi. Partners in laughs, to raise money for homelessness. It had a great slogan, "Where there's laughter, there's hope."

A recurring role on Star Trek:The Next Generation. Her voice in The Lion King where she played Shenzi, the head hyena. Ghosts of Mississippi where she played Myrlie Evers, wife of slain civil rights activist Medgar Evers.

There are way too many things to mention and when I told her she does so many things, she said, "A girl's gotta pay the rent."

And then she smiled.

I told Whoopi that when she smiles? "The sun lights up right behind you and the world lights up with you."

There are 300 million plus people in this country and out of all those people have you ever met anyone like Whoopi? Have you met anyone even named Whoopi?

For those playing at home I love me some Whoopi. 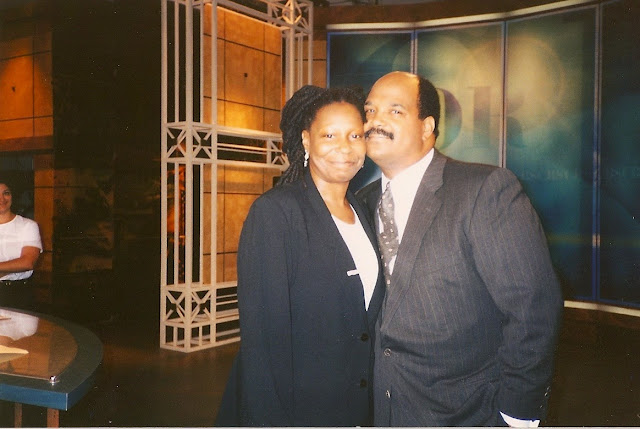 Whoopi Goldberg does everything.