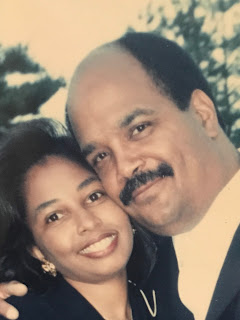 My dear friend and former entertainment producer's father passed away.

His name is Reverend Charles A. Black Senior. He was a wonderful man. And he helped bring into this world his wonderful daughter.

Let me tell you a bit about Cathy.

When we first met she was answering phones for the anchor of our show, CBS This Morning, Harry Smith. I stopped by to see him and introduced myself. She smiled and said, "I'm Cathy," and it was on. By the way, she had a mouthful of braces, that's how long ago it was.

In subsequent chats I found out she wanted to produce pieces, and since I didn't have a producer, fate kind of brought us together.

One of the best decisions fate has ever made.

At first I produced the pieces and after two or three I said, "Okay, your turn. You do the next one by yourself." The look on her face was priceless. She did and it was very good.

In fact Cathy became one of the best producers at CBS. 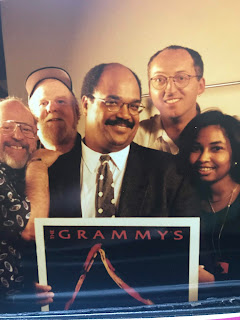 We covered the Grammys, the Oscars, the Golden Globes, the Country Music Awards plus every junket with every star imaginable.

For those who don't know, a junket is when all of us reporters see a movie and interview stars from that movie. Whoopi, Tom Hanks, Madonna, Harrison Ford, Will Smith, and on and on.

We became so simpatico that I would never have to micro manage.  I would just say this or that should be in the piece and the rest, "is up to you."

"Just make it look good," I would add.

She did and they always were as shiny as a new diamond. Thank you, Miss Cathy. 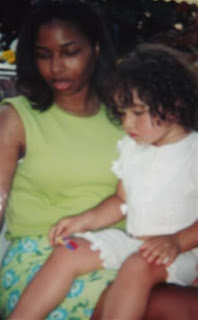 She was my daughter Maya's first baby sitter. After Maya's mom and I had our very first free night, we came home to a quiet Cathy Black. I wondered what was up and went upstairs to check on my Maya. As I got closer and closer the air smelled more pungent. Maya's diaper was full of you know what.

Turns out Cathy had never changed a diaper before! Too funny!

Cathy and I saw everything and went everywhere and the pieces were always a joint effort. Me and her. Watch this interview with a young Alicia Keys. It's a bit washed out because it's over 15 years old but you'll see what I'm talking about. Cathy produced this and especially watch when it goes from Alicia playing Fallin' live to the video of Fallin'.


People in the control room about fell off their chairs.

After I left CBS and suffered my stroke she was right there. 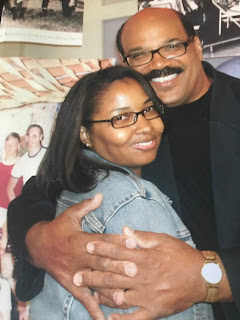 As I was recuperating Cathy was behind the effort to get me back on the network. I returned to fill in and do the weather.

After my book came out and was nominated for 'Books For A Better Life', Cathy was with me that night. There was a dinner after my TED Talk and Cathy was my dinner date.

Now the Reverend Charles A. Black Senior, her father.

When your closeasthis friend is from Kentucky you hardly ever meet their family. I met her father once.

Strange enough it was after the fireworks of the network and it was here in Florida after my stroke. Cathy brought her family to my house and her father was charming, nice and sweet.

I may have met him just one time but that memory is seared, in a great way, into my brain.


He went to Fayetteville Teacher's College where he had a full ride for football and he's in their Hall of Fame. As you can guess he taught and has PHDs, as in plural.

He was a minister at many congregations and raised monies for a lot of charities.  He and Mrs. Black served lunch daily at the Salvation Army in Lexington for many years.

And he could sing. Very well.

Wears me out just writing that. And that's just some of what he did. All in all a special man.