I was walking my dog today to get exercise for me and to wear her out. 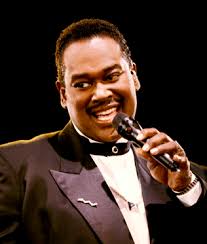 When I walk Lola I have headphones on and I listen to my iPod. "Love Power/Power of Love" came on and it made me think of Luther Vandross.

With a voice like honey and a sweet personality, it was always a treat to talk to him. He was the king of the slow jams. I once told him that when a girl came over and I wanted to be romantic I'd dim the lights and put him on.

I asked him, "When you're feeling romantic, who do you play?"

He smiled again and said, "Me." And laughed.

I first heard of Luther via David Bowie. He sang backup on Bowie's hit "Young Americans." Flash forward to his debut album and the song "A House Is Not A Home" grabbed me.

Through the years, the Grammys, and the hits, he always remained a sweetheart. Always very approachable. 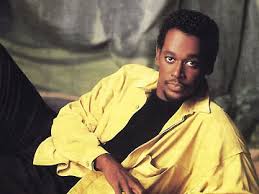 Through the years he also struggled with his weight, going up, back down, and up again. Watch the video for "Stop to Love" (my favorite song of his) and you'll see the 'thin' Luther.

He always had a 'what can you do?' attitude about it.

"One time I was home alone grilling a hamburger," he told me, "And when I was done I realized I was out of hamburger buns."

"I put the burger between two glazed donuts and ate it that way."

Did you know Luther had a fear of flying?

I was on a jet at JFK preparing to go to Los Angeles and he came aboard, looked around and left. I thought, "Great. Luther is going to be on this flight." Never saw him again. I found out later that flying was hard on him and he also was superstitious.  If he couldn't get the lucky seat he wanted, he'd wait until the next flight.

He couldn't on that one. 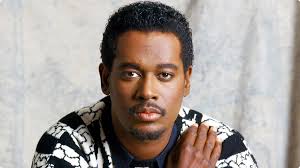 Let me tell you about the last time I saw him.

It was in New York and I was with my daughter Maya. She was maybe five. We crossed Fifth Avenue to go into Central Park and a black Suburban was there at the stop light. The horn honked and I heard a knock on the window. I looked up as the back window came down.

There was Luther, shyly smiling.

He waved, the light changed, and the car drove away.