There are cat people and there are dog people. 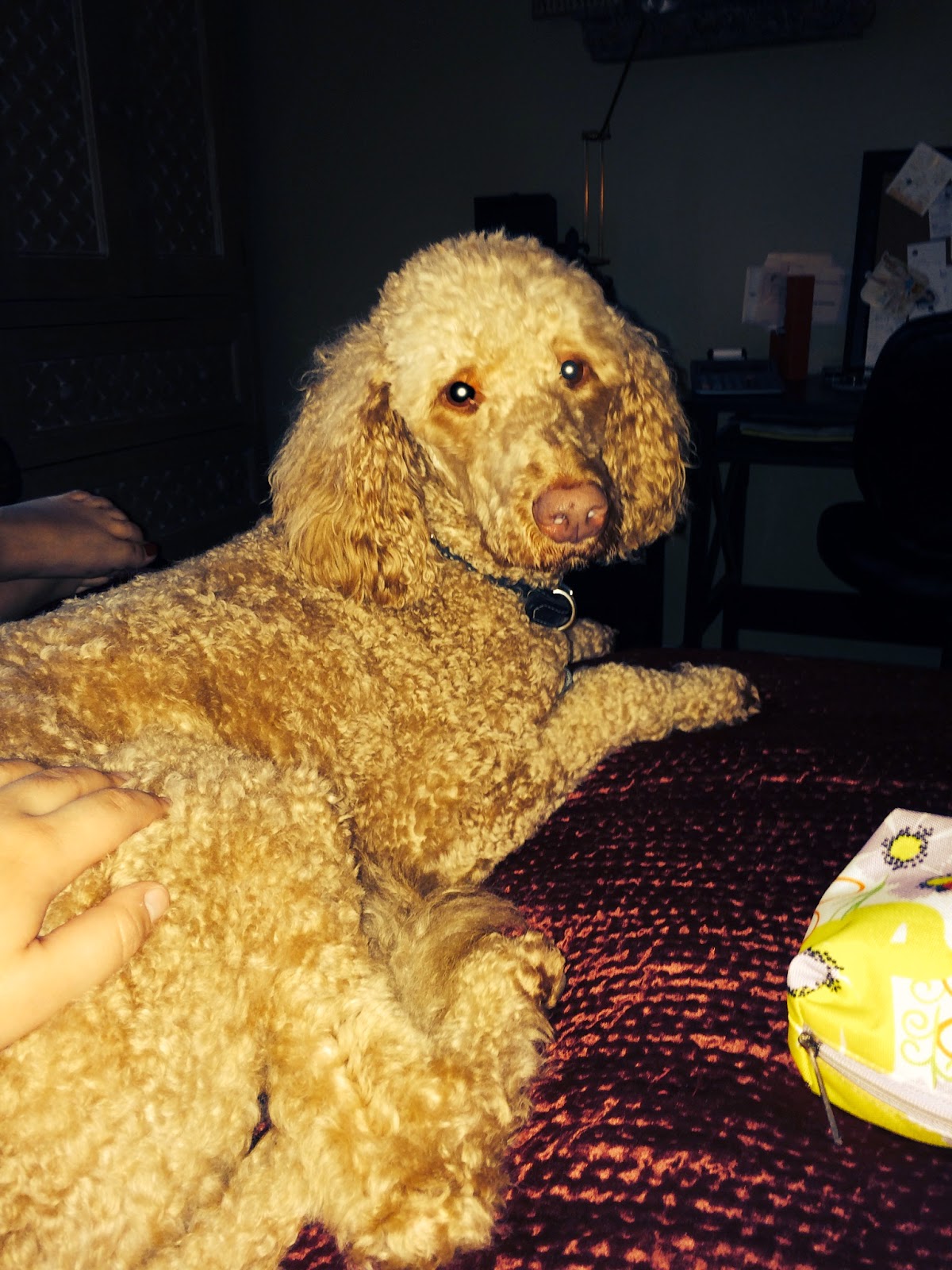 I grew up with dogs. When I was little, our first dog was a Lhasa Apso named Mister Buster.

There have been lots of McEwen dogs...a Dalmatian named Donnegan, a German Shepherd named Blackie, another Lhasa named Pax, and finally a Golden Retriever, Casey.

My current one, the best of them all, is my girl, Lola.

Lola is a Goldendoodle. Half Golden Retriever and half Poodle. I wanted a Golden and my wife, Denise, said, "They shed and I don't want fur all over the house." She suggested a Poodle and as the saying goes, I wasn't down with that. We were at an impasse until one day...

We were taking our twins to breakfast, they were five then, and as we came out of the restaurant we saw this dog. It was unlike any dog we'd ever seen. Also it was very sweet, very cute.  Denise asked, "What type of dog is that?" The owner replied, "A Goldendoodle." And get this, they don't shed.

Can you say solution? I think you can.

We found a breeder, and my wife saw the puppies online. 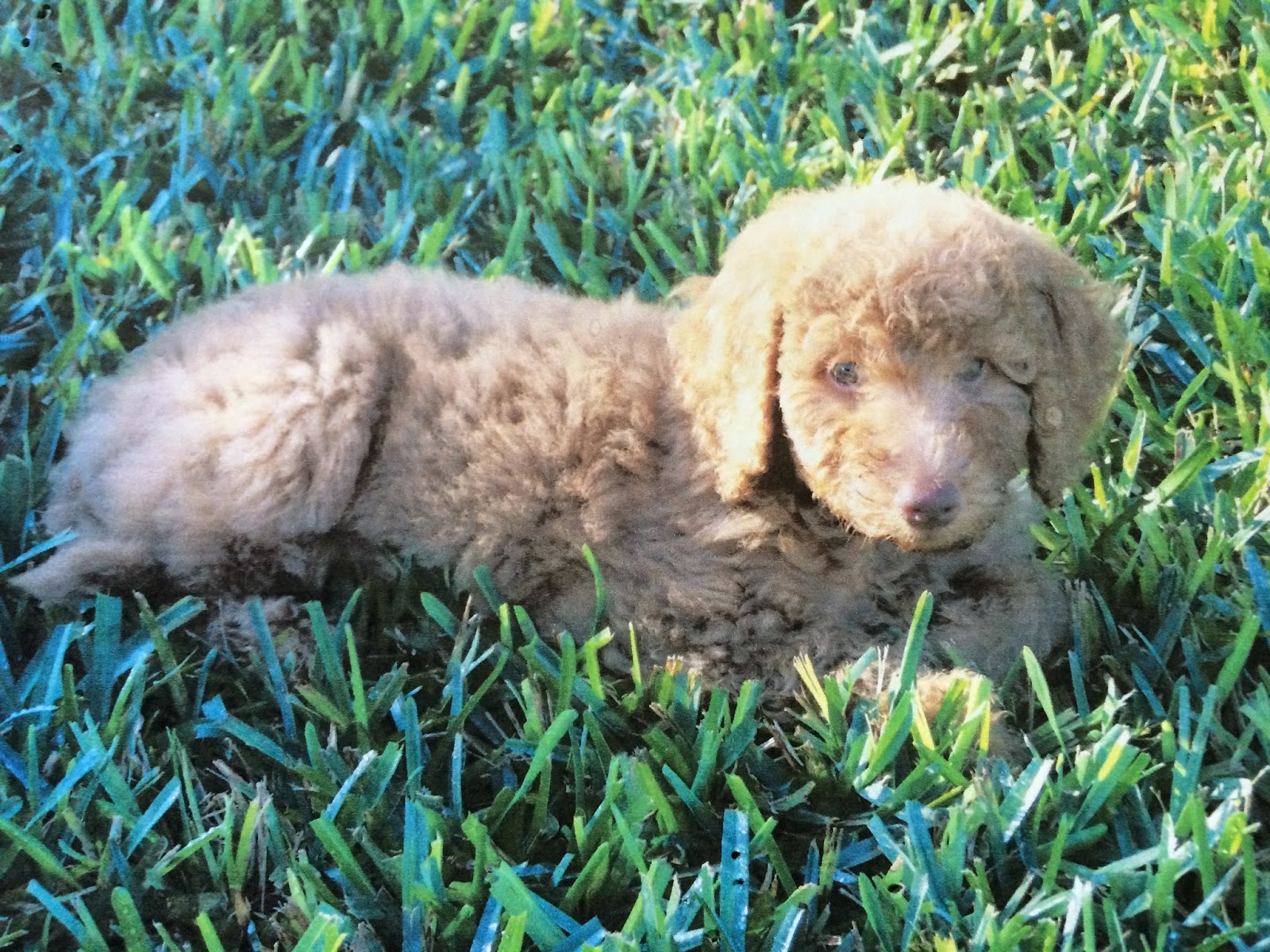 Goldendoodles can be big, but as we watched them online, running in a field, the runt of the litter was always leading the way.

That runt became our Lola.

Lola threw up on me three times during that ride.

So much for bonding.

We have a pool out back and when Lola first came home she walked right into it. Almost drowned. Needless to say she's gone nowhere near it since then.

I go on long walks with her, to get my exercise and to wear her out. In the house she follows me from room to room, she sleeps on the couch in our den when I'm in there on the computer.  I've been told that I give her way too many treats.

Over the years she's been as good a friend to me as anyone. Lola and I are great buds. When I get out of bed at three in the morning to get a drink of water, Lola's like, "Hey! You're up!" Wag, wag, wag.

Lola is now six and has grown into adulthood. She's sweet, loving, intelligent. And boy is she fast. Ask the squirrels. They know when she's around. She's come thisclose to catching one. My brother says Lola has 'closing speed.' 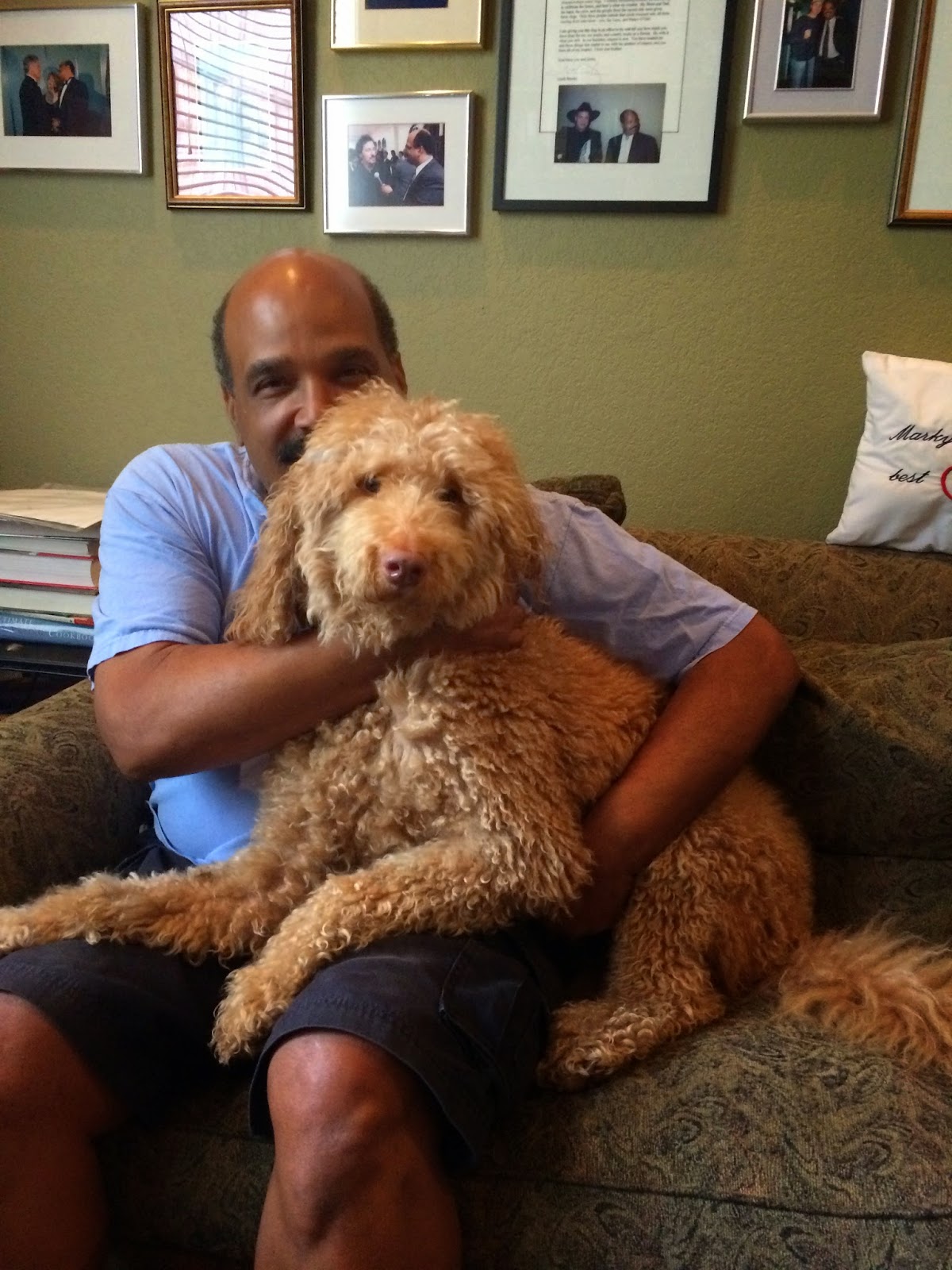 A friend of mine once said it's sad that we outlive our pets. How true, how true.  One day Lola won't be here. I dread that day.

There is an old song called "Mr. Bojangles" that was sung by the Nitty Gritty Dirt Band.

There's a set of lyrics that go, "He spoke through tears of 15 years how his dog and him traveled about. The dog up and died, he upped and died. And after twenty years he still grieves."