Bruce Springsteen has been playing stadiums for decades.

He also made New Jersey cool.

Think about that, too.

I discovered Bruce Springsteen and the E Street Band in college. His manager now, Jon Landau, was a music critic when he wrote these famous words: "I saw rock and roll future and its name is Bruce Springsteen." I read that and when Bruce came to town, I went to see him.

Guys in bands used to shake their money makers onstage for the girls in the audience. 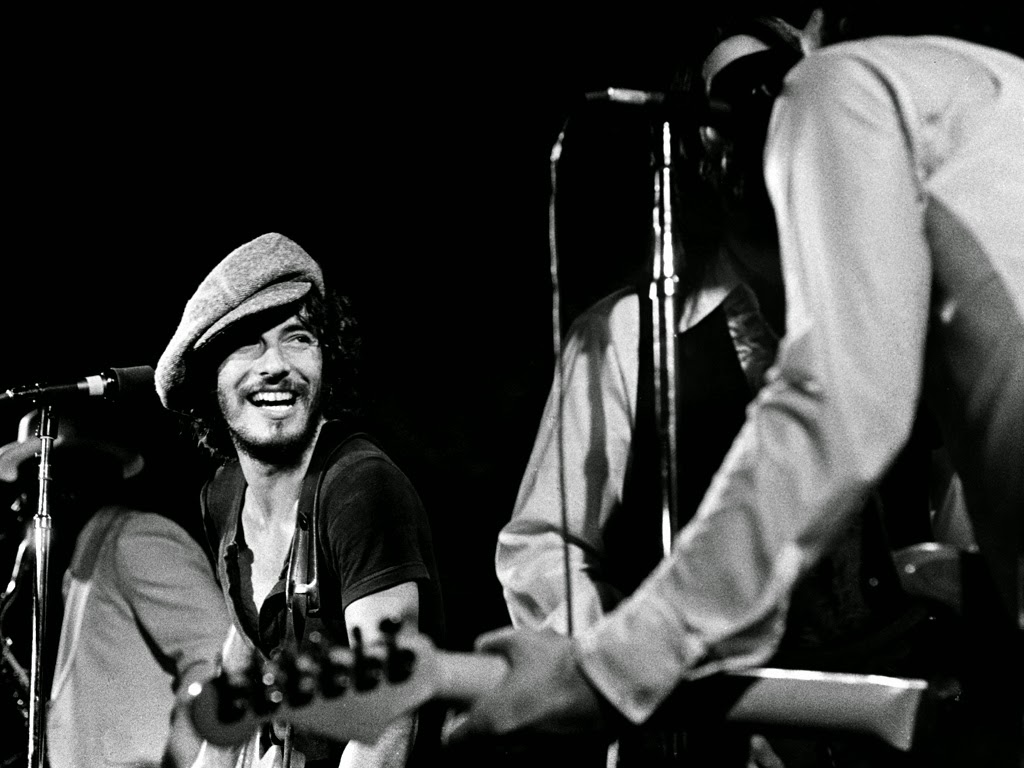 I came away blown away. A raving lunatic.

When I heard his new album was coming out, I would go to the record store everyday and ask, "Is it here yet?" "No, it's not."

Mr. Pain in the Rear End.

Born to Run finally came and it was more than worth the wait. That album was the beginning of the Bruce we know now. After that, I must have seen him 50 times in concert.

Another thing was Clarence Clemons, or as Bruce called him, "Big Man!"

He was the sax player in the E Street Band, was six five, wore a white suit,
and played that sax like he invented it.  But he was more than that to me. You see, Clarence was black. Bruce treated him like a co-star. Go look at the now famous cover of
Born to Run and you'll see what I mean. For a young black man who liked rock and roll, it was heaven to look onstage and see yourself looking back. 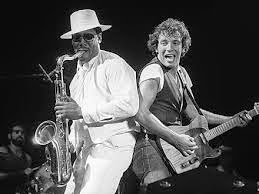 Yet another reason, in a long line of reasons, that I love me some Bruce Springsteen.

I was in a club in northern New Jersey to introduce Clarence Clemons and the Red Bank Rockers. It was right before Bruce's mega album, Born in the USA, was set to come out. Until that happened, Clarence had his own band going. The place was packed and I did the intro, "Ladies and Gentlemen, please welcome..." and sat on an amp onstage to watch the show. During a lull between songs, the promoter said to me, "Don't leave." "What?" "DON'T LEAVE."

The band was doing an instrumental version of Bruce's song, "Fire." There was a drum break and then there he was. Bruce Springsteen. Cocking his head like, "Yeah, it's me." He snapped his guitar down and sang dramatically, "Romeo and Juliet, Samson and Delilah..."

Afterwards, back stage, I asked him about the new record. He demurred and politely said I would have to listen to it. Clutching for something, anything, I said, "How about the cover?" With a smile, he said,"You've got to see it to believe it!" I didn't know it was a picture of his butt!

Okay, there are a lot of stories about Bruce. This one's mine...

I talked to Bruce at the Grammys. He had won four of them all for the same song--"Streets of Philadelphia." That song would win him an Academy Award. I asked him what was going through his head that night. And he said, "Tonight I was thinking about the early days and how far we've come. I also thought about hope. And how we all need it." 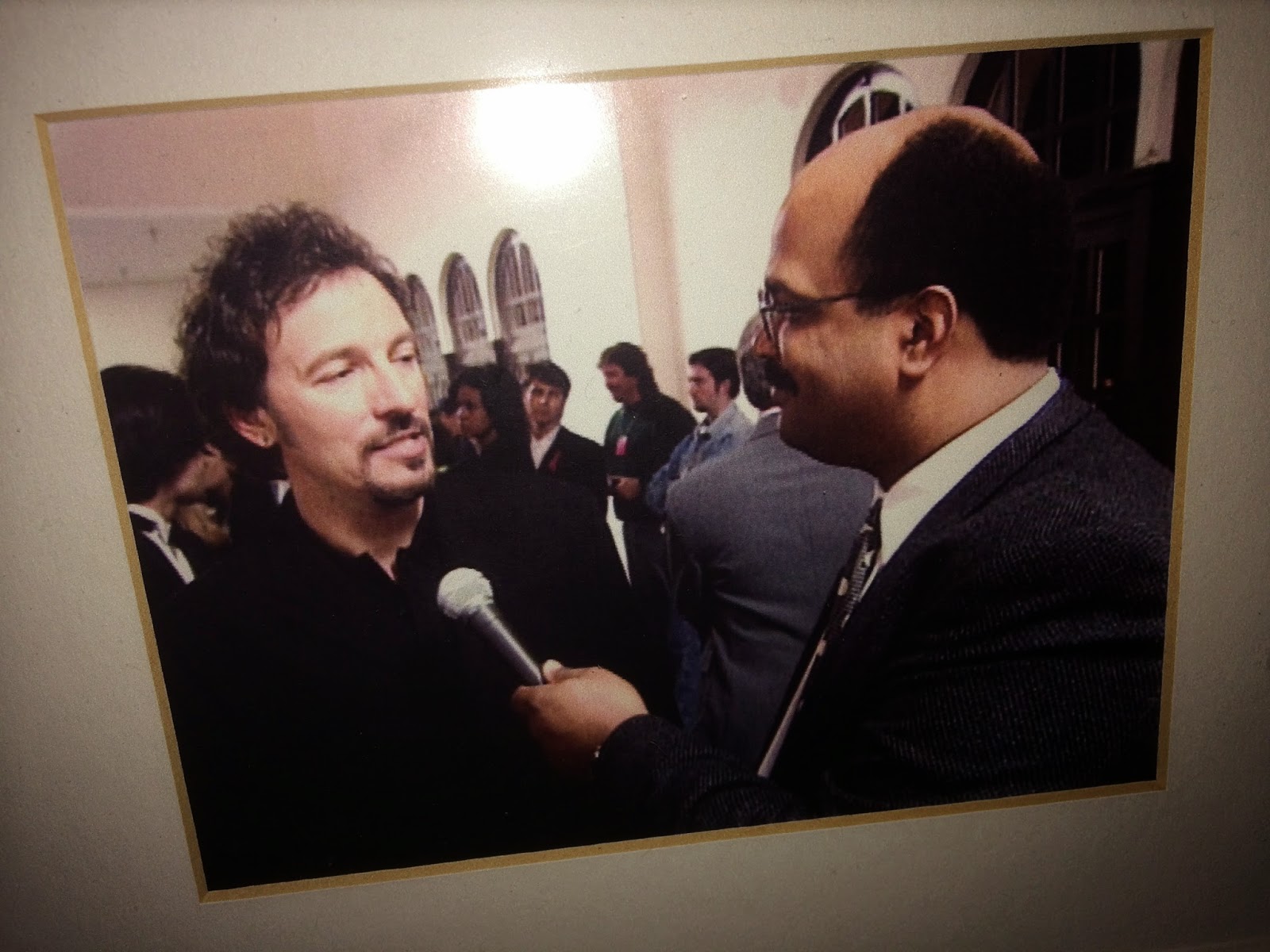 I saw Bruce later at Sony Studios in New York. I was there rehearsing for a show I was doing and he was there with Patti, his wife. Springsteen fans know who she is. It was Patti, this time, in the recording booth. He looked like you would think he'd look. Jeans, boots, not the kind with pointy toes, and an overcoat. It was winter.