I was born on September 16th, in San Antonio, Texas.  Bexar county. My father was Alfred, my mother was Dolores. My dad was in the Air Force and that's what brought us to Texas. He was to be stationed at Kelly Air Force Base. 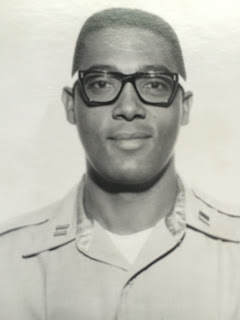 Kelly didn't have a hospital so I was born at Lackland. It was also a base in San Antonio and it had a hospital.

I was named after my father's best friend, my Uncle Mark. Mark Wright.

My mother had already given birth, twice, to my brother Billy and my sister Leslie. Leslie was born in Sacramento, we were there before coming to Texas. My mother was pregnant with me the entire drive between the two cities.

My dad told me he had to wear his uniform for that drive.

And not always so nice.

But not if you were a Captain in the Air Force. So my dad wore his blues to help keep the riff raff at bay.

It didn't work all the time.

In one Southern town my dad couldn't find a hotel that took in black people. He stopped at a gas station and asked the attendant if he knew of one. He didn't but he noticed my dad's uniform and told him that he would leave the restroom door open that evening so they could wash up. They slept in the car that night.

My dad, my sister and brother.

And my pregnant mom.

Sounds far fetched but I'll bet you alot of black people can tell you a story like that.

I have few memories of when I was a toddler.

I remember being loved and being wanted. I also remember my father being transferred to Germany. 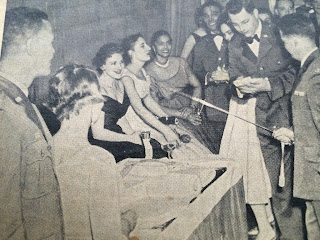 My memories there were a bit hazy as well, but some of my earliest recollections are seeing my father march in formation on a field in a stadium and of our German babysitter. We lived on base at the time in government housing. My baby sister, Karen, was born and my mother was the young wife of a young officer in The United States Air Force.

Then we came back to the States, back to San Antonio. And my life as I remember it began.