To a lot of people Top 40 is a wasteland that some folks talk about in harsh tones. I disagree with them. I've always liked it. Not all the songs are good, not even the number ones. BUT. You can find good ones if you look. 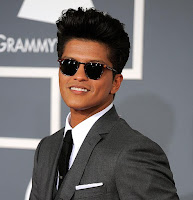 That being said, here we go...

He came on with a rush and he's been so good that it seems like he's been here longer than he has. Every time I hear this song it makes me smile. From the wedding bells to the "no, no, no, no, nos" to the "yeah, yeah, yeah, yeah, yeahs" to the "looking for something dumb to do" it's golden. "Marry You" is infectious and has the power to turn your day around. Plus, name me another hit song that has Patron in it.

I liked this the first time I heard it. We all know this story. She got married to Russell Brand, went on tour, he broke her heart and broke up the marriage. This song came out of that and boy is it good. I love, love, how she sings "Now look at me." I love how she sings, "No".
She could have rolled up into a ball and gone away and no one would have blamed her. Instead, she gave us this--defiant, catchy, and guess who's not going anywhere.

The Temptations-"Just My Imagination (Running Away With Me)" 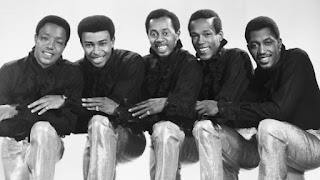 Does anything sound like this? Every time I hear the intro it's like Christmas Eve and Santa's bringing you something good. Eddie Kendricks on lead and did anyone have a tenor like his? See, that's the thing, all The Temptations had great voices. This song? Like a daydream. The guy telling the story sees a girl every day that he wishes was his. And sings of their future together. "Soon, we'll be married and raise a family." "Her love is heavenly..."

I'm telling you it's sweet.

But, "in reality she doesn't even know me."

Sad at the same time. 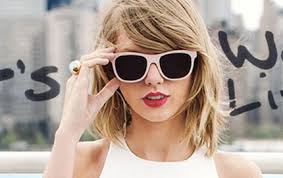 I admit it, I like her and how could you not? She's good and she's like everywhere. I saw her once on David Letterman and he said, "I mean this as a compliment, you smell like expensive wood."

I never heard that before.

When Taylor began she sang country songs, this song is pop. She does both very, very, well.

It opens with a guitar lick and then here come the drums and the synth. I was obsessed with this when it first came out. And that's funny because that's what this song is about. Obsession. Remember when you first fell for someone and you thought about that person all the time?  Everything you did, everything you wore, everything you said, was for them.

He says, "I can't stop thinking about you and I. I said I've been there, too, a few times."

We never go out of style...

When good, a slice of pie.