The singer Michael Bolton had a charity event every year.

He would combine tennis and softball before the big dinner.  One year tennis great Chris Evert was there. Another year he played doubles with Andre Agassi. Andre was a stitch. He would act like he couldn't play that well until someone fell for it and he would whizz a ball right by their head.

On the softball diamond, Michael would play third base. And since he and I had become friends, I played the outfield on his team.

Huge crowds would watch the games.

The softball games and the tennis matches were played during the day with the charity dinner at night and it was at one of those events I met Joe DiMaggio. 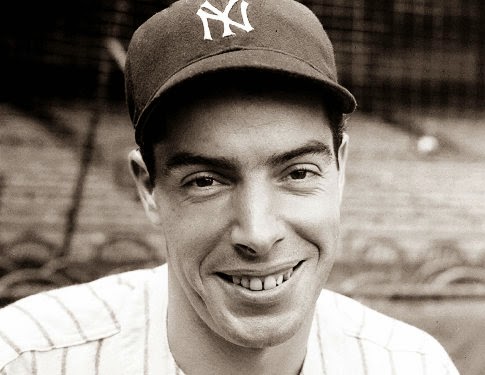 One of the greatest Yankees ever. Let's count them off. As far as legends go, there was the Babe, Lou Gehrig, Mickey Mantle and Joltin' Joe. Some people would throw Yogi Berra in with the legends, and I wouldn't argue with you, but the Mount Rushmore guys are the four I mentioned.

In baseball history, Joe's name is said in hushed tones. Three time Most Valuable Player with a slew of sterling statistics. Joe played on nine winning World Series teams, had that 56 game hitting streak, and is a Hall of Famer. Plus, don't forget, married Marilyn Monroe.

Michael sat me next to him at a dinner the night before the BIG charity dinner.

It was 1995 and the Yankees were in the playoffs. They were playing the Seattle Mariners and it seemed the game was on every television in the restaurant. Everyone wanted to talk baseball with Joe but he would have none of it. People would come up to the table and Joe's one word responses sent them away empty handed. It was kinda fun to watch.

I learned something that night.

Joe ordered Parmesan cheese. Not the kind most people sprinkle on their spaghetti but the real stuff. Parmesan cheese that came in chunks. He would dip it in olive oil before eating it. Joe was old school and I found myself ordering and doing the same. Copying Joe. I learned something else that night. Don't talk baseball with Joe DiMaggio. But what to do? I said to him, "I love the ties you wore. The ones I would see you wearing in pictures from when you played with the Yankees. Where'd you buy them?"

"Oh, I didn't buy them," Joe said. "People would send them to me. I used to spread them out on the bed in the hotel room to help me decide which one I would wear that day." "Well, I would look for ties like that to wear," I said. He smiled again. We spent the whole night talking about ties. When the evening ended I had made a new friend. 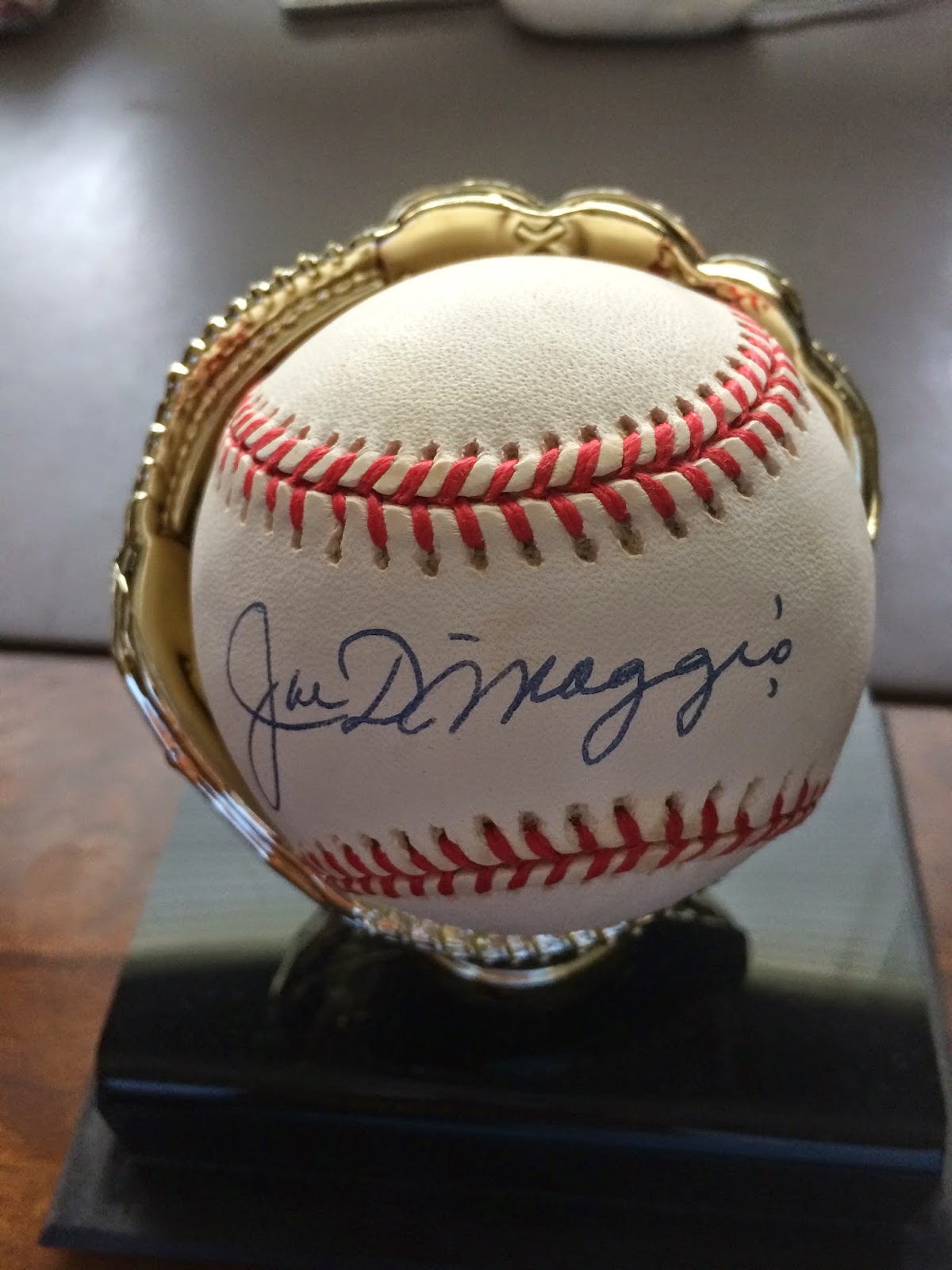 Cut ahead a year or so and I was at a BAT dinner at the Marriott Marquis hotel in Times Square. BAT stands for Baseball Assistance Team. Say, if a player (and not a star) dies, and his family is having trouble coming up with the money for a casket or if they have a big hospital bill to pay, BAT helps them out.

The place was crawling with Hall of Fame players.

I was the guest of one of my heroes, Hall of Fame pitcher, St. Louis Cardinal great Bob Gibson. How big a hero? One of my twins is Miles Gibson McEwen, for Bob. He doesn't drink beer or wine or hard liquor. But. Bob drinks champagne. So guess what we drank? And I'm getting looped. Around nine, before I got really toasted, I left. I had to get up at four in the morning.

I head out and was waiting at the elevator bank when one stopped and the doors opened. I was about to get in when I noticed there were four big bodyguards in it, and one of them said, "This car is taken." From behind them I hear a voice say, "No, he's alright."

Before I could say anything, Joe added, "Nice tie."